Scalloped zucchini is a low carb side dish made with sliced zucchini baked with a rich and decadent cheese sauce! Gluten free and keto friendly recipe. 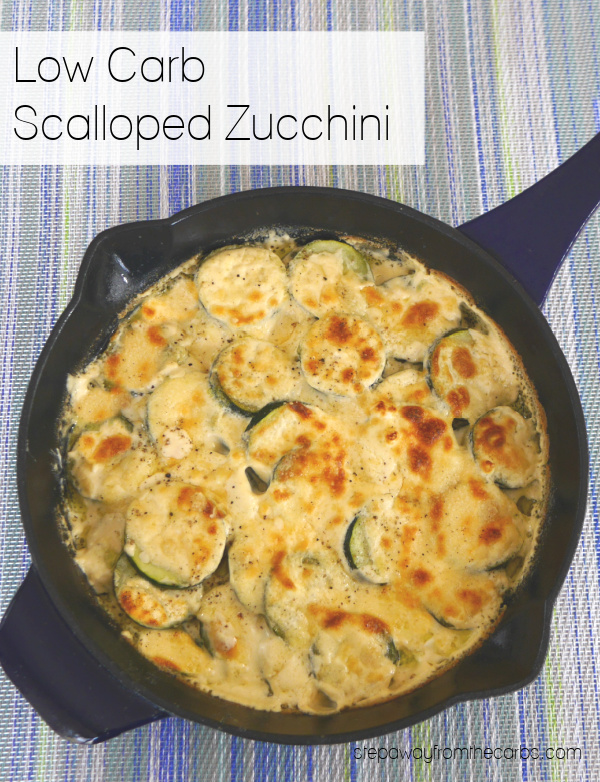 I recently saw a recipe for Cheesy Scalloped Zucchini and knew that I had to make a low carb version of it. But first I wanted to make sure that I fully understood the culinary definition of “scalloped”. I found this definition:

I also found this on wiki:

Scalloped means having an edge or border marked with semicircles. A cooked gratin; baked in a typical type of sauce, usually with cheese, as a casserole, e.g. scalloped potatoes; scalloped corn.”

And then I found this!

So, regardless of which definition you prefer, here's a delicious side dish made from sliced zucchini and baked in a delicious cheese sauce!

Slice the zucchini into coins and discard the ends. 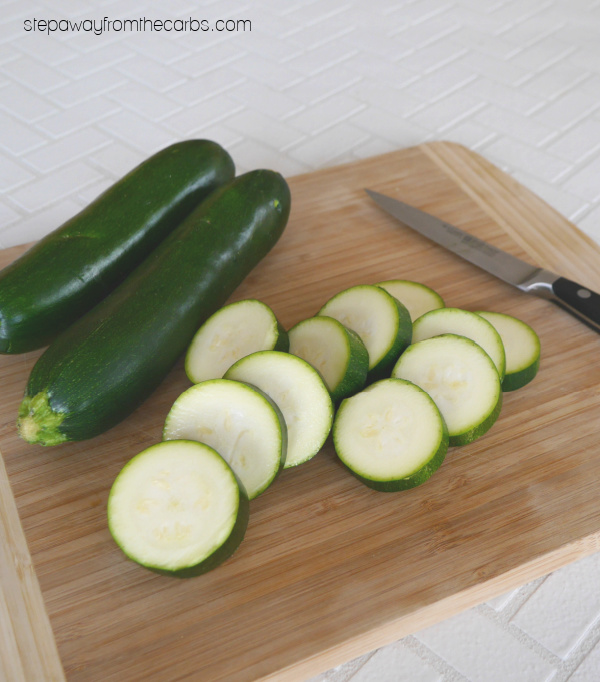 Heat some olive oil in a cast iron skillet or oven-proof pan, and sauté the zucchini. Stir frequently, while cooking, seasoning the zucchini with salt and pepper as you move them around the skillet. 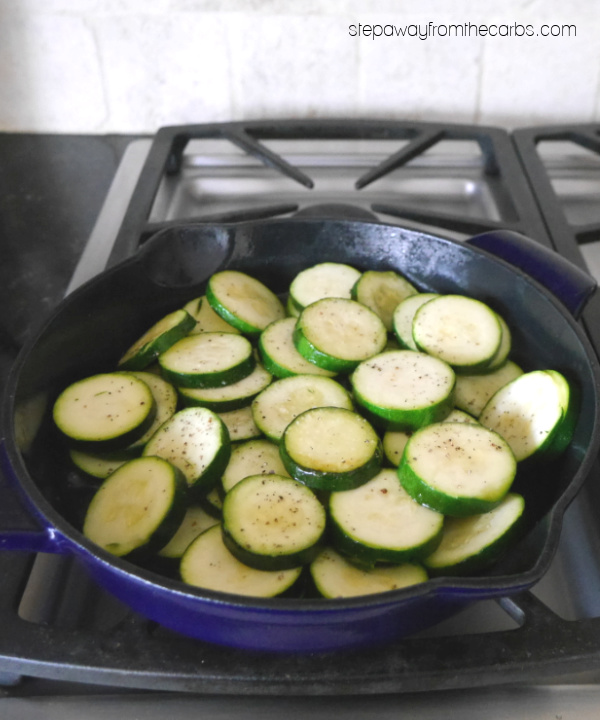 As the vegetables cook, make the cheese sauce. See my separate recipe for full details or scroll down to the recipe card below. 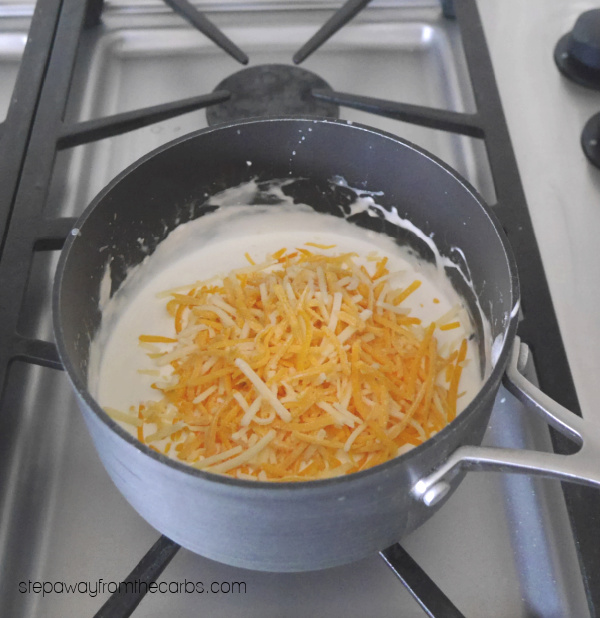 Drain the zucchini – this can be a little tricky to do but if you skip this step then the final dish will contain too much water. Pour the cheese sauce over the zucchini, then finish with some grated Parmesan. 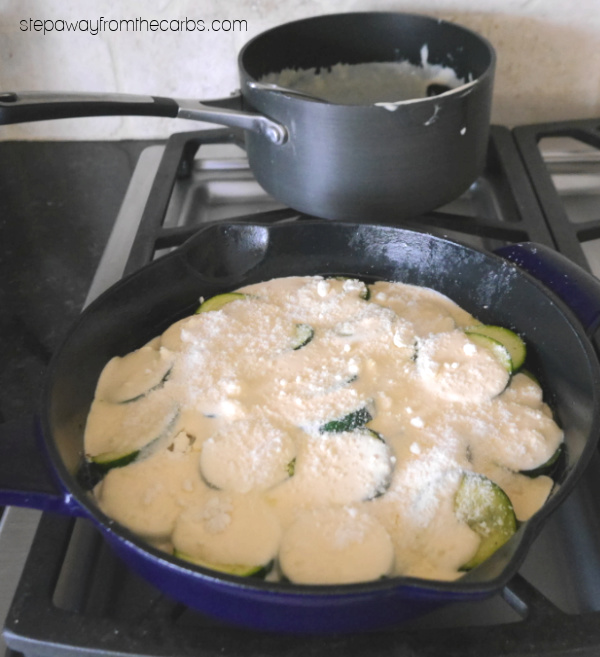 Roast in a preheated oven until the top is golden brown, about 15 minutes. Grind some black pepper over the top and serve. 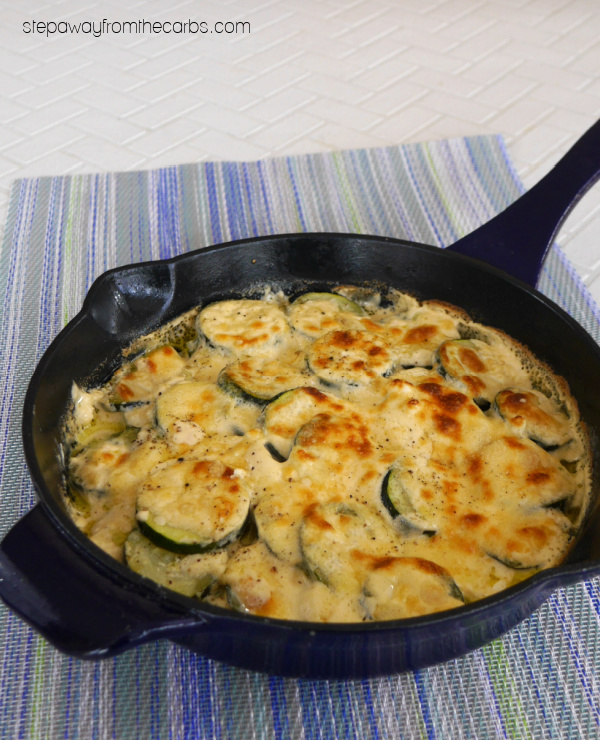 The cheese sauce pairs perfectly with the soft zucchini, and the Parmesan topping adds a wonderful textural contrast. 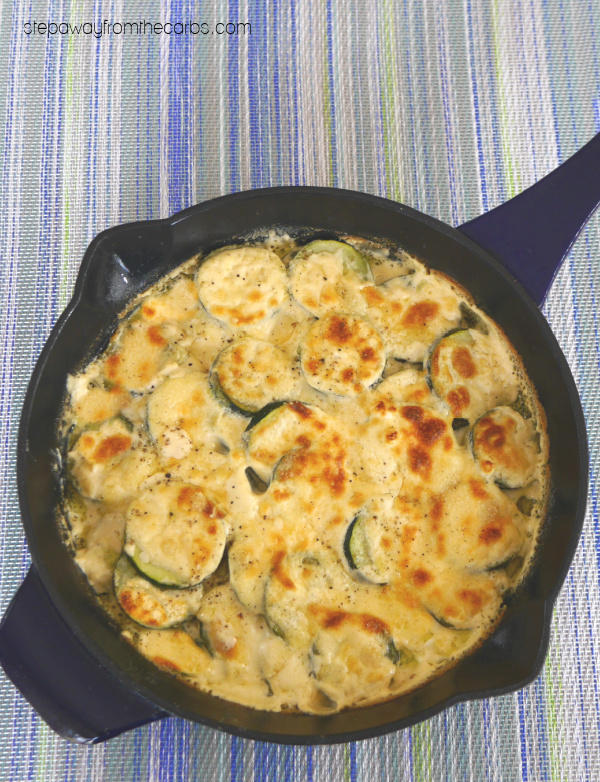 This recipe serves six as a side dish, but could easily serve three or four people as a vegetarian meal with a salad on the side.

5g net carb per serving (a sixth of the whole dish)

I am taking this to an event. Can I cook it in a casserole dish after I mix the zucchini and cheese sauce vs the skillet?

Sorry for the delayed response! As long as the cooked zucchini has been drained before mixing with the sauce - yes I think it would work in a casserole dish.