These low carb soba noodles are made from eggplant and seasoned with sesame and soy sauce! A Japanese-inspired side dish recipe. 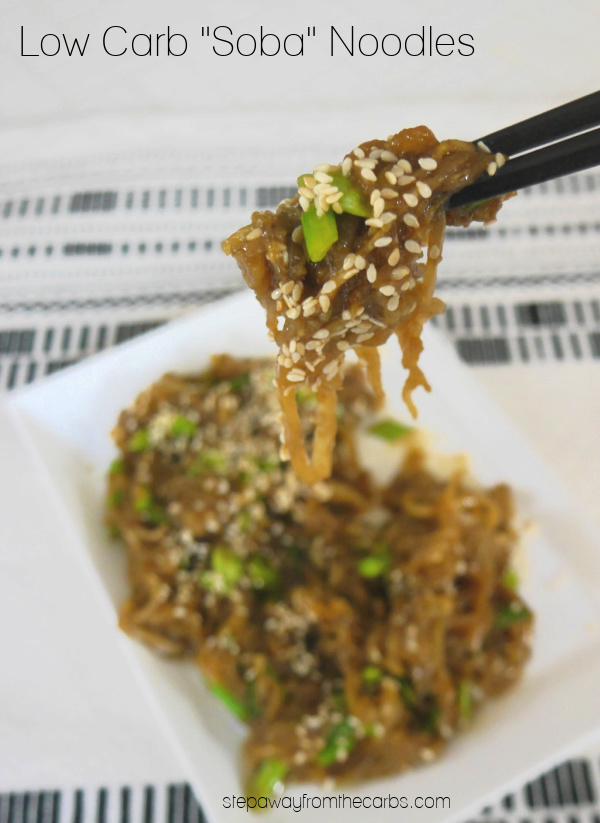 While on my current fascination of creating low carb versions of Japanese dishes, I really wanted to make a noodle dish. I've made low carb sesame noodles before using kelp noodles, but I wanted something that was more like the real thing. After some brainstorming, I decided to make some soba-style noodles from eggplant! So let's take a look at what soba is, according to Wiki:

Soba is the Japanese name for buckwheat. It usually refers to thin noodles made from buckwheat flour, or a combination of buckwheat and wheat flours. Soba noodles are served either chilled with a dipping sauce, or in hot broth as a noodle soup.”

Somewhere along the line I forgot how they were traditionally served (oops!), and I made them into a side dish. But they are super delicious and definitely worth trying!

Prepare a large eggplant into noodles with a julienne blade on a mandoline (see my post on low carb eggplant noodles for more information!). By the way, I've tried using a julienne peeler and it just gets too messy. 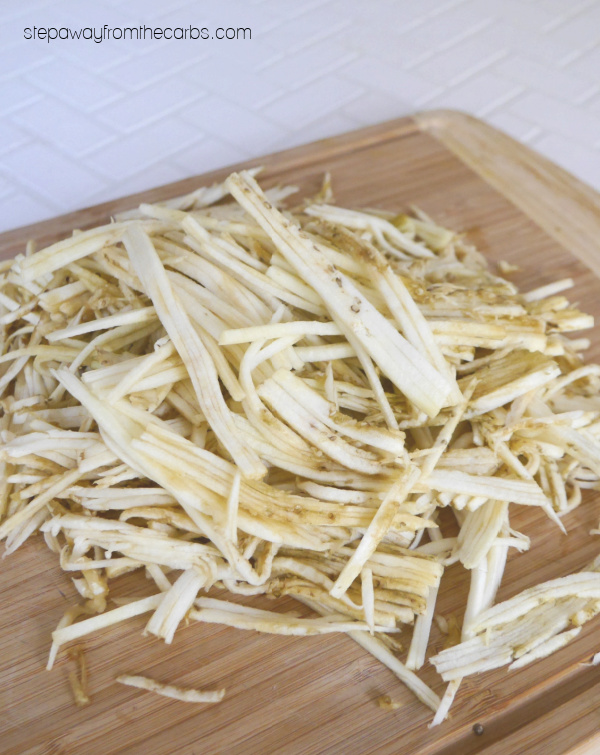 Place a large non-stick skillet over a medium heat and dry-fry some sesame seeds. Turn them regularly – it is easy to burn them. Note: two tablespoons of seeds are shown below, only one is needed for this recipe. 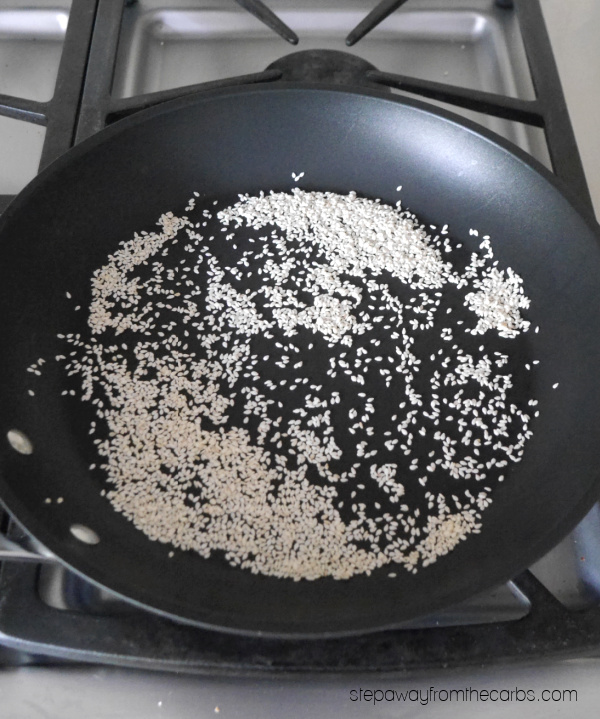 Transfer them to a small bowl and set aside. Add some sesame oil and olive oil to the skillet and add the eggplant noodles. Cook for five minutes, stirring regularly. Mix together some soy sauce and rice vinegar, then add it to the skillet. 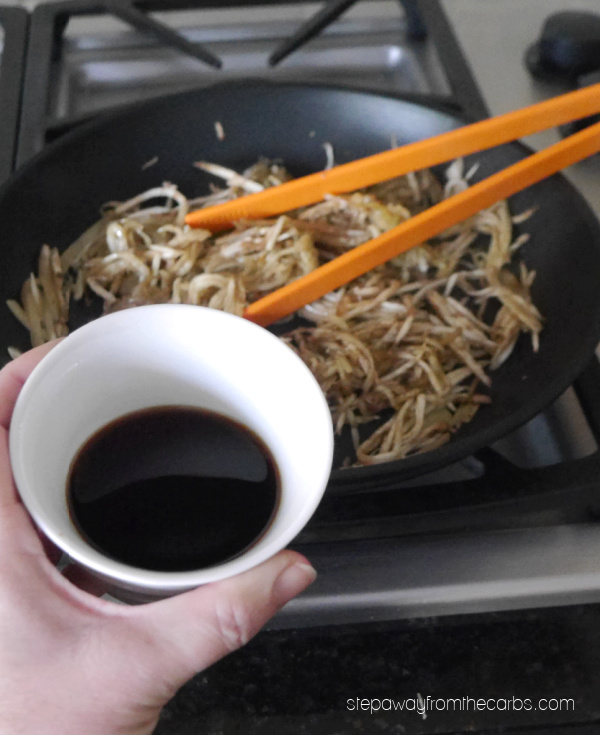 Cook for another few minutes or until the eggplant is cooked through. Add some chopped green onions. 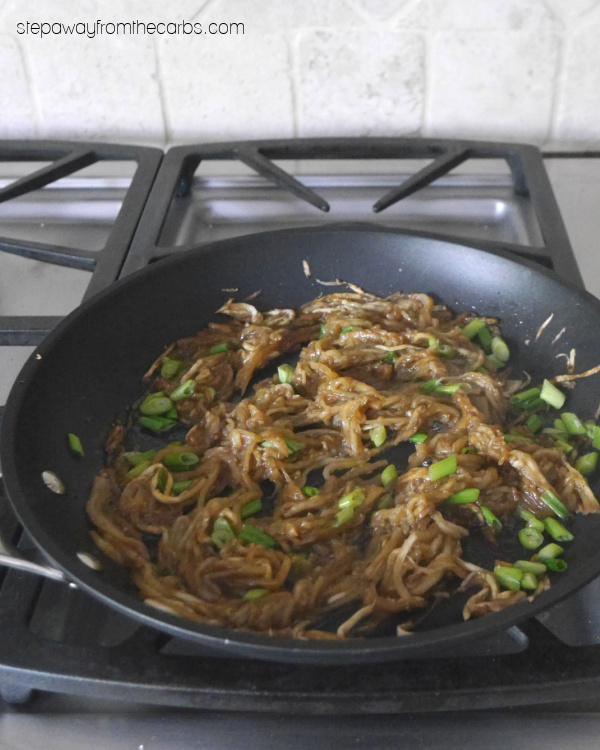 Transfer to a serving plate and sprinkle the toasted sesame seeds over the top. 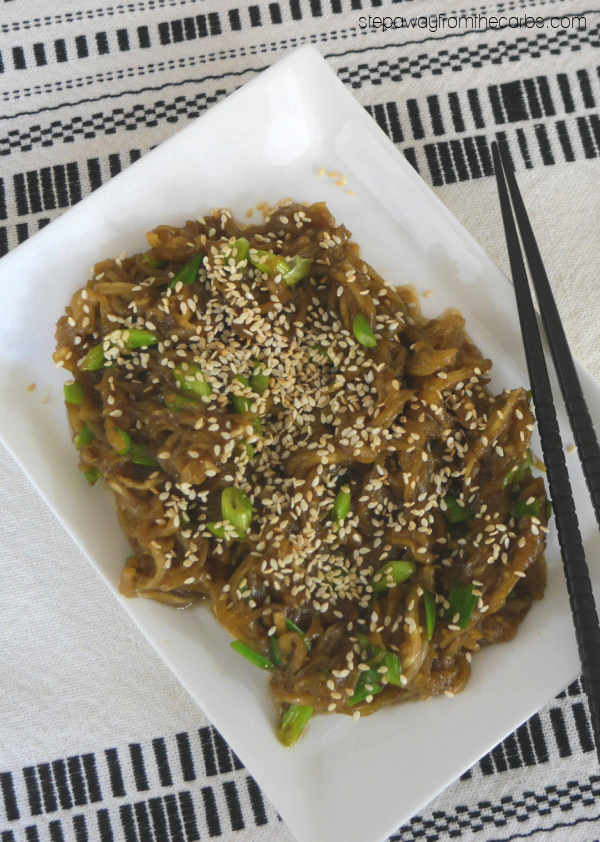 These noodles have a fantastic savory flavor, and would be great served with grilled meat! 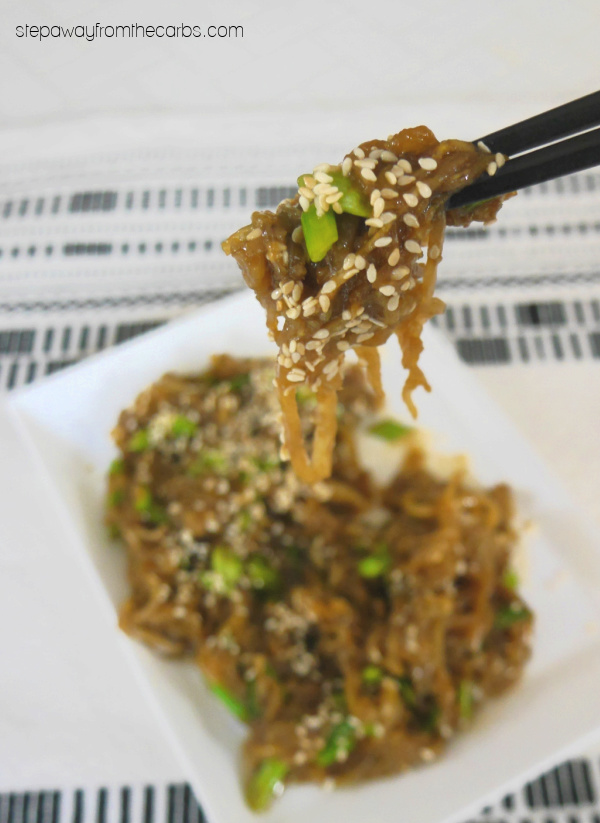 9g net carbs per serving (half the recipe)

Adapted from this recipe.
Click here to cancel reply.