These light and airy low carb strawberry soufflés are served warm and are a wonderful way to finish a meal! Sugar free and keto recipe with video tutorial. 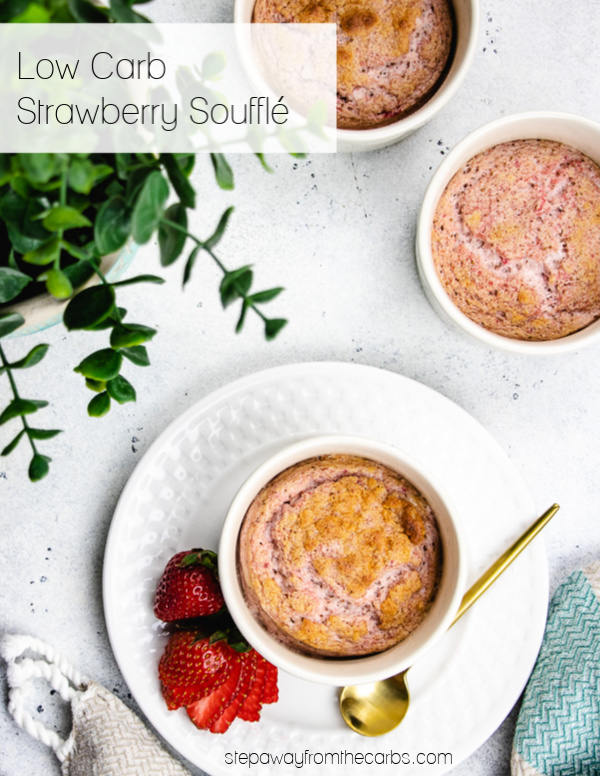 Soufflés are notoriously hard to cook. They can be savory or sweet, and I feel as if having them for dessert somehow takes the pressure off at a dinner party. Also, in this recipe I've cooked them in individual ramekins, so I can give my guests the ones that worked best if they aren't all perfect! Try them in private first if you're nervous – I think you'll be pleasantly surprised how easy they are – oh and SUPER low in carbs, too!

Watch the recipe video tutorial or scroll down for the full details and printable recipe card:

Add sliced strawberries, an egg yolk, heavy cream and liquid sweetener (you could use homemade simple syrup or Da Vinci sweetening syrup) to a food processor. Blend until smooth.

Add egg whites and a pinch of salt to a stand mixer bowl and whisk until stiff peaks have formed. Quickly fold the strawberry mixture into the egg white mixture. Divide the mixture between four ramekins that have been sprayed with non stick butter spray or wiped with a wrapper from a stick of butter.

Place the ramekins in a baking tray and put them in a preheated oven for ten minutes. Do not open the oven door! When the soufflés have puffed up and started to brown on top, remove from the oven. 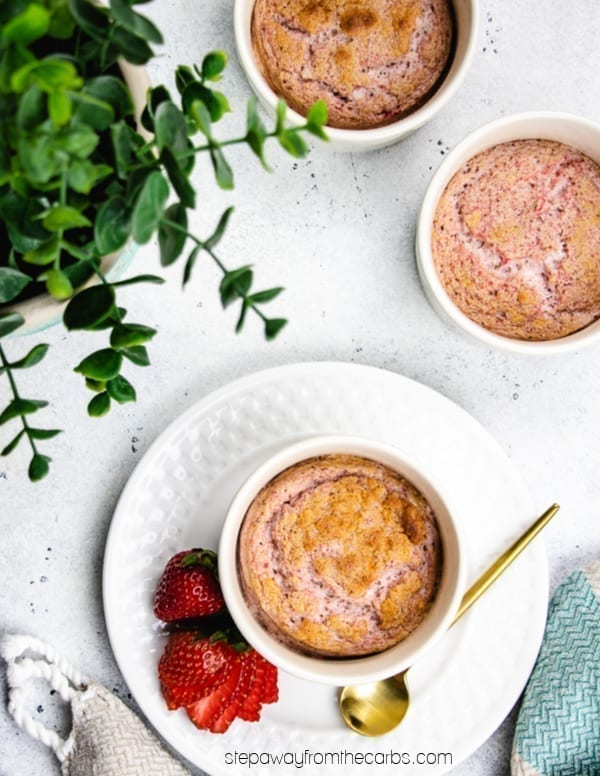 Serve immediately before they start to deflate! 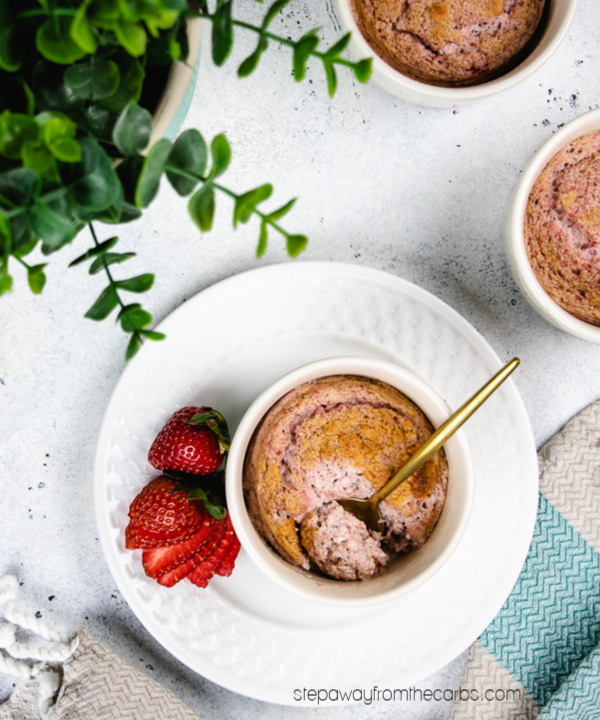