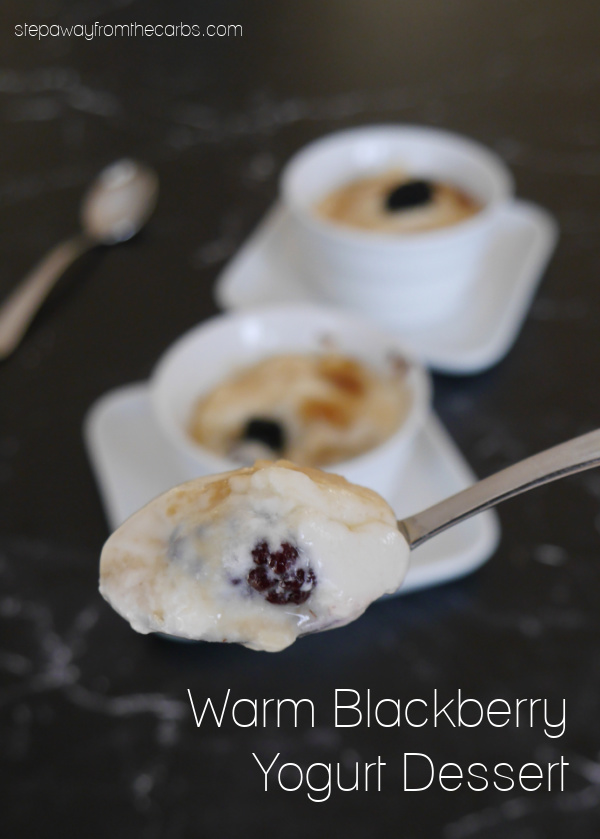 This delicious dessert is a combination of fresh blackberries and yogurt, finished with a sprinkling of sweetener that is then melted. Think of it as a crème brûlée, except a lot easier!

For the yogurt I've tried it with both plain Greek yogurt and also Two Good vanilla yogurt. Two Good is 3g net carbs for the whole pot, which is then divided by two in this recipe. The vanilla version is definitely sweeter, and the Greek yogurt is more tart – so it's down to personal preference.

Fill the base of two small bowls or ramekins with fresh blackberries.

Cover them with the yogurt, then sprinkle a small amount of sweetener over the top. I've tried this with granular Swerve, 100% erythritol, golden Lakanto. They are all good, and I think the version with erythritol came out better, but I didn't have any at the time of taking these photos! 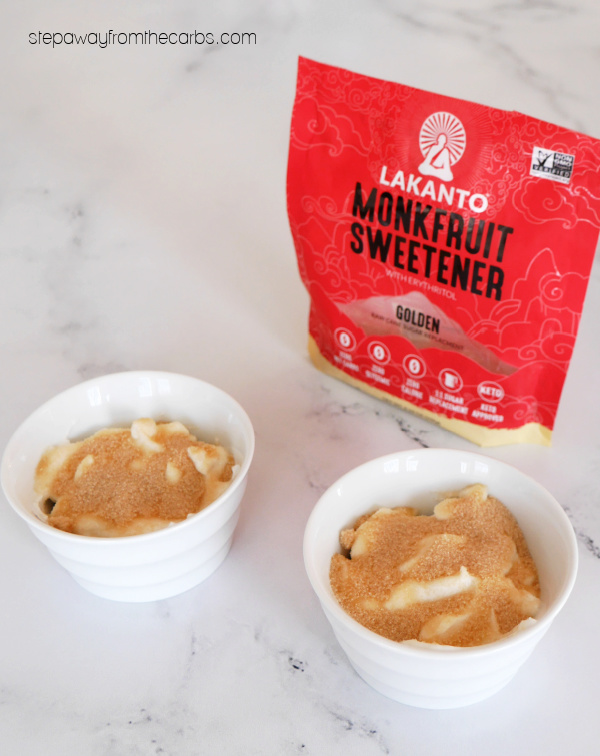 Place the ramekins under a hot broiler (you might like to place them on a baking tray first). The sweetener won't melt and form a hard shell like it would if you were making a regular crème brûlée, but it will melt, then bubble a bit, then start to darken. 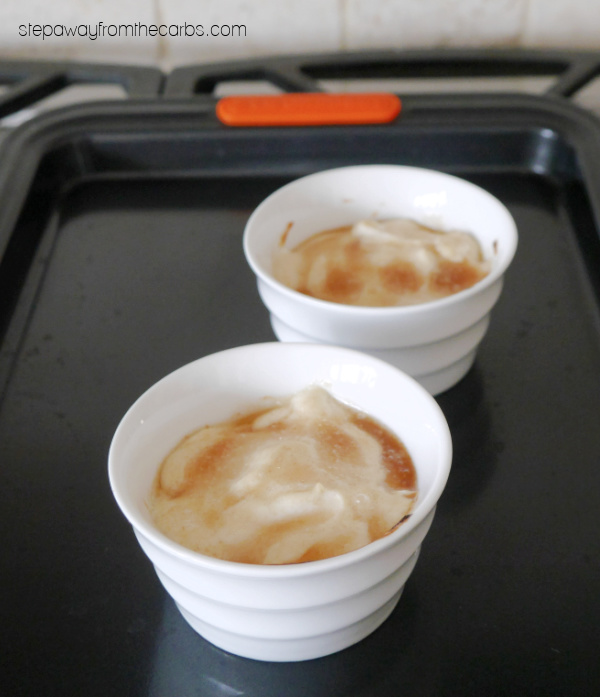 Remove them from the broiler and leave to cool for five minutes. Garnish with an extra blackberry. 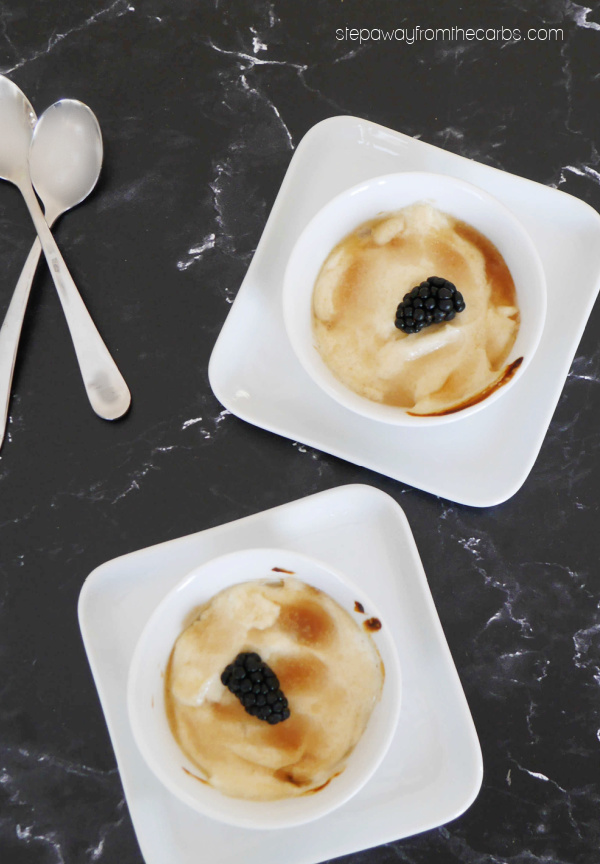 Underneath the yogurt, the berries will have started to cook slightly, forming a delicious warm mixture of flavors at the base of the dessert! 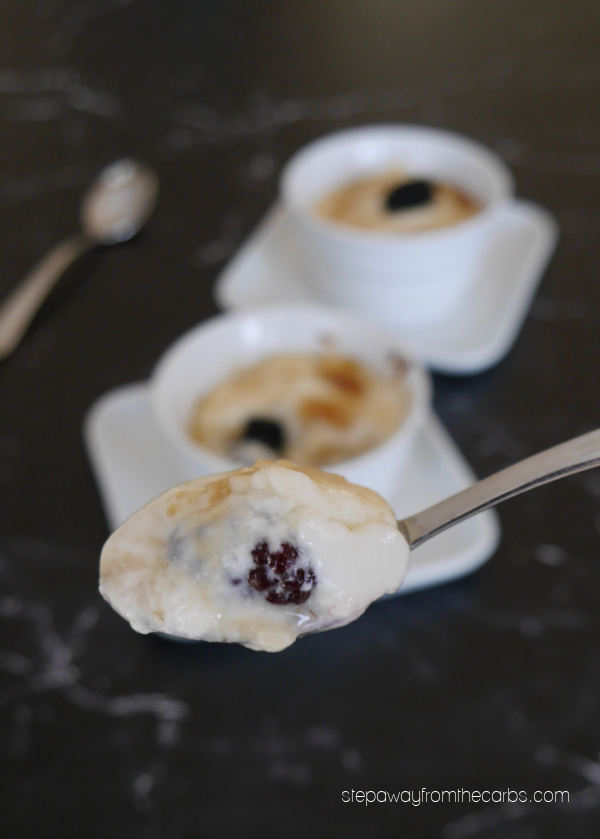 3.9g net carbs per serving (based on plain Greek yogurt)

Just made these - absolutely delicious! Thank you.

Great! Thanks for letting me know.

My version of that would be cream cheese pancakes topped with Smucker's sugar-free seedless blackberry jam. :)