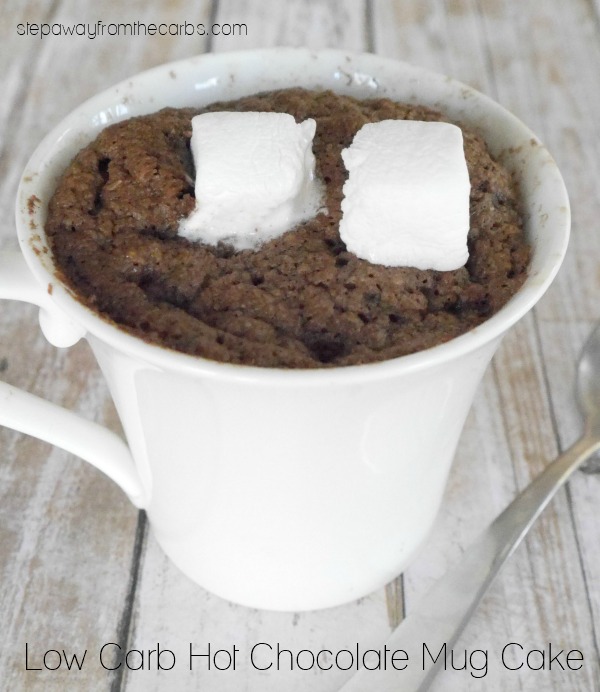 There are lots of mug cake recipes around, but I've decided to make a hot chocolate mug cake! For me, that means that marshmallows are absolutely necessary – but I have no intention of making my own! Instead, I'm using some delicious sugar free and low carb marshmallows from a Belgian company called La Nouba, and you can buy them from either Netrition or Amazon. 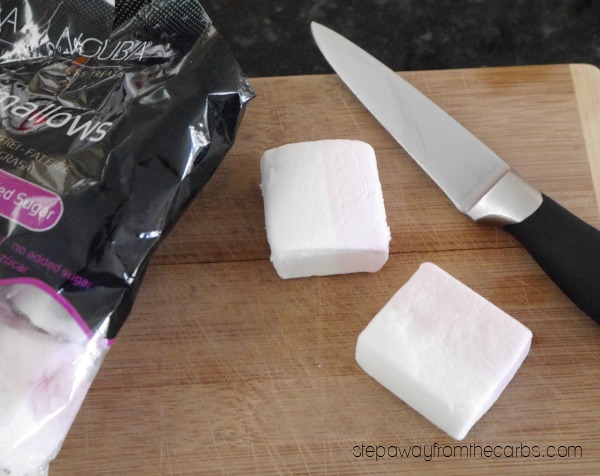 But even if you DO include sugar alcohols, don't worry – because actually I've only used one marshmallow in this mug cake, so the net carb count is still low enough for a warming special treat.

How to Make a Low Carb Hot Chocolate Mug Cake

In a regular sized cup or mug, whisk together flaxseed meal, an egg, sugar free chocolate-flavor sweetening syrup (I use Da Vinci – it's useful for so many things!), unsweetened cocoa powder, coconut oil and baking powder.

Cut one marshmallow into half and set one half aside. Cut the other half into four small pieces and stir them into the cup. Microwave the mixture until the cake is cooked – microwaves vary but it only takes one minute in mine!

Cut the remaining half into two pieces and add them to the top of the mug cake so that they start to melt slightly. Enjoy! 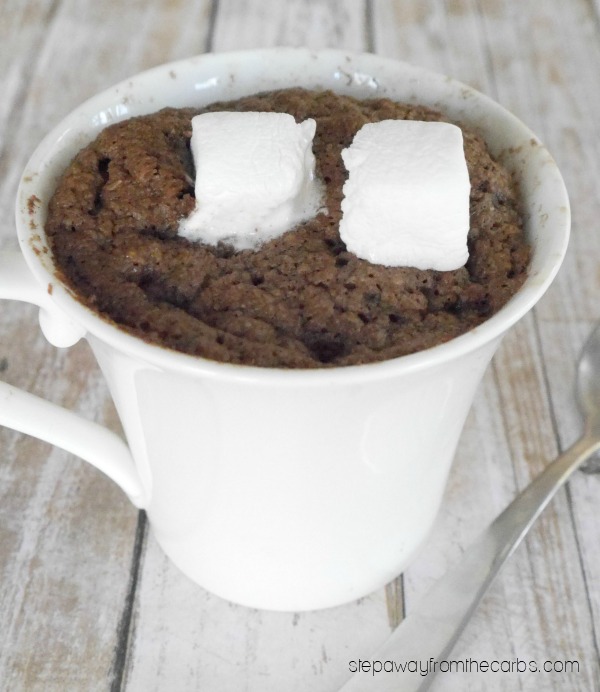 Mug cake: 2g net carbs Add carb count for the marshmallow according to diet type as discussed in main article.

[…] this Low Carb Hot Chocolate Mug Cake as a low carb and sugar free treat! – Step Away From The […]

I love mug cakes! So perfect for a quick and easy dessert!

I totally thought this was hot chocolate, until I got a closer look and read the post, lol. What a fun and tasty mug cake. Cute idea :)