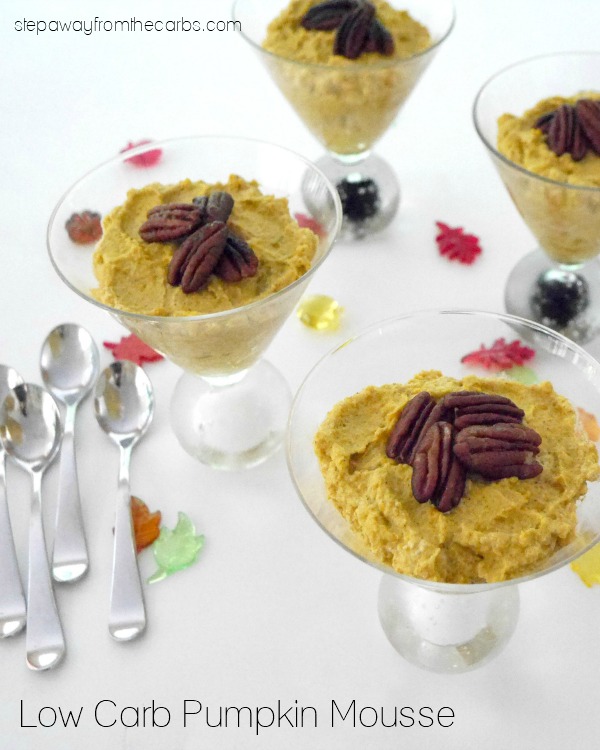 I realized the other day that I didn't have any pumpkin recipes on this site! With fall rapidly approaching I had to rectify that situation. My husband isn't much of a fan of any of the spices that regularly get paired with pumpkin, and it can taste rather bland without. So I knew I had to make something with individual portions rather than a big pie or similar. These pumpkin mousses were the answer, and the caramelized pecans go so well with them. Just make sure you don't buy canned pumpkin pie filling – it's pure pumpkin puree that you need.

Mix together the pumpkin puree, pumpkin pie spice and vanilla extract in a large bowl.

In a separate bowl, whisk together heavy cream and low carb sweetener – something like granular Swerve or Lakanto would work well. Whisk until stiff peaks form.

Carefully fold the whipped cream into the pumpkin mixture. 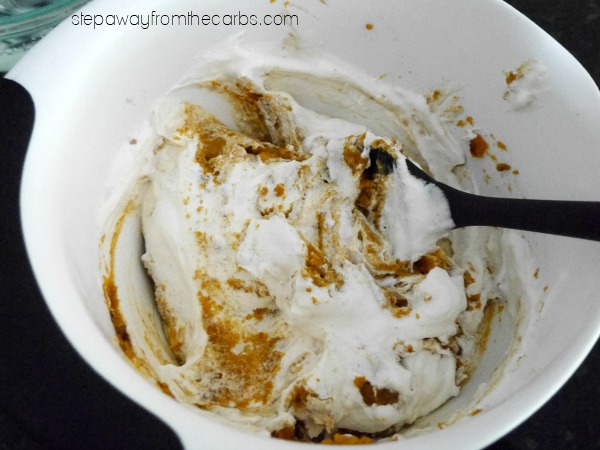 Spoon the mousse into four bowls or glasses. Cover with plastic wrap and place in the fridge for at least an hour.

To make the caramelized pecans, melt some butter in a small pan then add the pecan halves and sweetener. Cook for five minutes over a medium heat, turning to coat the nuts in the mixture frequently. 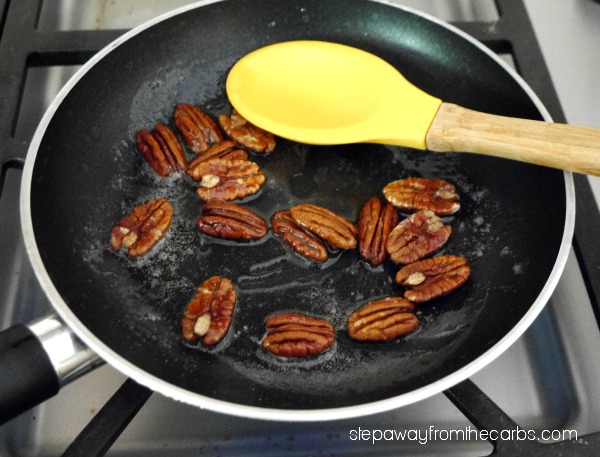 After the butter starts to turn brown, remove the pecans and place them on some parchment paper. Separate them out and leave them for ten minutes to harden. Place them on top of the mousse when ready to serve. 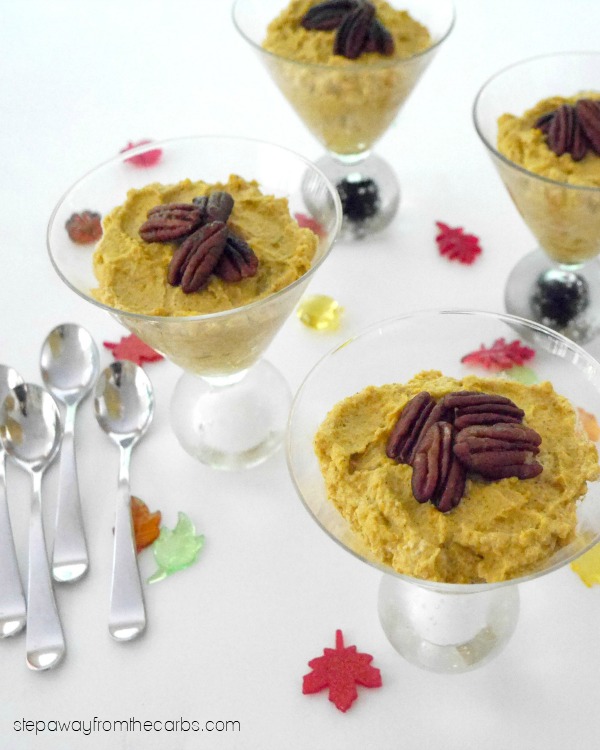 for the caramelized pecans

It doesn't seem like it would be sweet enough with the only sweet taste coming from the whipped cream.

Many of my desserts aren't super sweet because sweetness usually means carbs - even if sweeteners are used. It also suits my personal taste, so feel free to add more sweetener if you prefer!

My husband would love this. Pumpkin pie is his favorite!

What a perfect autumn dessert. The candied pecans look incredibly crunchy and yum… wish I could have a portion right now!

I like pumpkin pie, but haven't had pumpkin mousse. I bet it's great and the pecans sound just the right accompaniment.

I am going to make this or something like it. I will add eggs and bake it, and chop the pecan instead and make a pecan topping. Thank you for the idea. Brenda

Sounds great! Let me know how it goes!