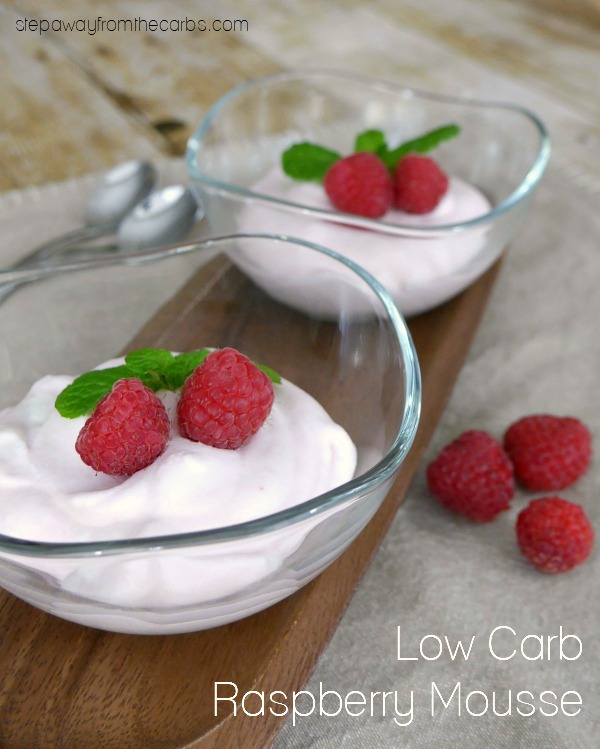 Add some fresh raspberries, low carb sweetener (granular Swerve or Lakanto would work well), and water to a small saucepan. Cook over a low heat until the raspberries are super soft and mushy. Push the mixture through a fine sieve. Discard the pulp and seeds.

Note: You could skip the sieve stage! The result will be a darker mousse (you can see from the photos that my version is very light) but of course it will then have all the seeds, which won't make the texture quite as smooth.

Either way, set aside the raspberry mixture to cool.

Sprinkle some unflavored gelatin powder into a small bowl and add some boiling water. Stir until all the gelatin has dissolved, then stir it into the raspberries.

In a stand mixer, whisk some heavy cream until soft peaks form. Fold the raspberry mixture into the cream.

Spoon the mousse into bowls or glasses. Cover and leave in the fridge until required.

When you're ready to serve, garnish it with fresh raspberries and a sprig of mint, if you like! 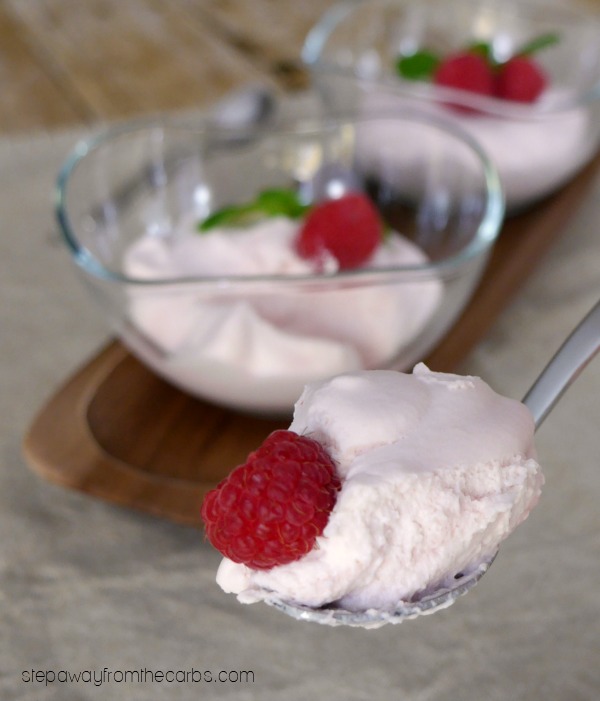 5g net carbs per serving (half the recipe), although actual carb count is likely to be lower as the raspberry seeds have been removed.