Disclosure: I was provided with this bread from Carbonaut free of charge in exchange for my fair and honest review. Please see my disclosure policy. This post also contains affiliate links, which means that at no extra cost to you I can make a tiny bit of money to help support this blog. Thank you!

OK so how many of you are asking what a smørrebrød is!?!? Well, it is a traditional Danish open-faced sandwich that usually consists of a piece of buttered rye bread, topped with cold cuts, pieces of meat or fish, cheese or spreads, and garnishes. It is also known as “smørbrød” in Norway and “smörgås” in Sweden.

I first heard of it on the website Outside Oslo while I was researching recipe ideas that used pickled herring. I was immediately intrigued, and knew that I had to make a low carb version. The toppings she suggested were all low carb: English cucumber, egg salad, and pickled herring – I just needed a rye bread alternative.

Enter Carbonaut – who recently sent me a sample of their seeded bread to try. It's 2g net carb per slice – and it's very good. 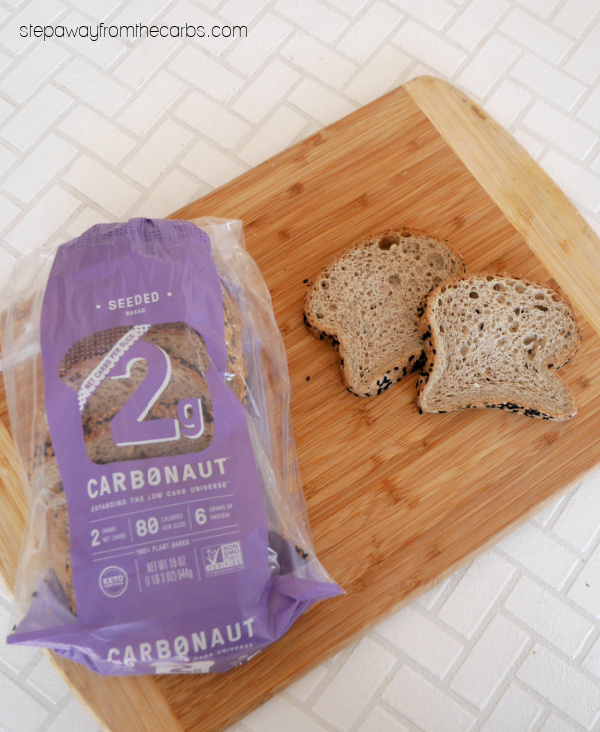 You may also like to check out my guide to buying low carb bread for more ideas.

How to Make Low Carb Smørrebrød

In advance, hard boil some eggs. You could cook them in the Instant Pot – or these days I use my little Dash Egg Cooker –  I love it! When you're ready to eat, chop the peeled eggs and place them in a bowl. 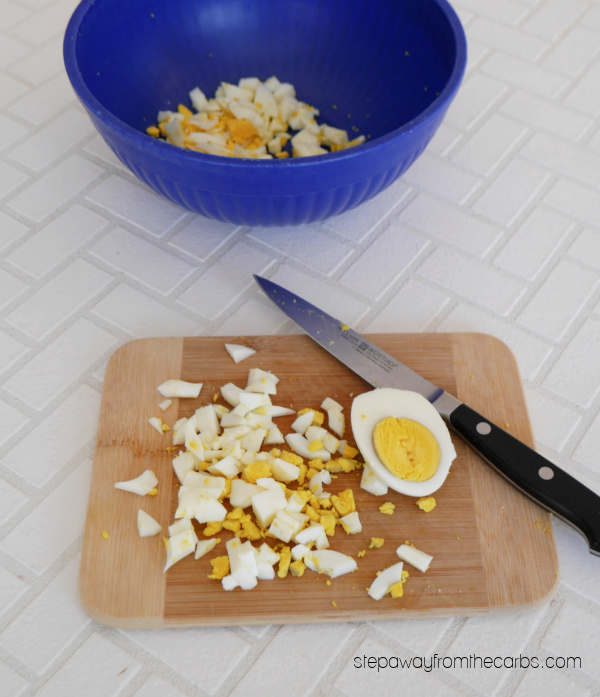 Add some mayonnaise, sour cream, and salt and pepper. Mix well, mashing the egg as you go so that the egg yolks become part of the sauce. Set aside. 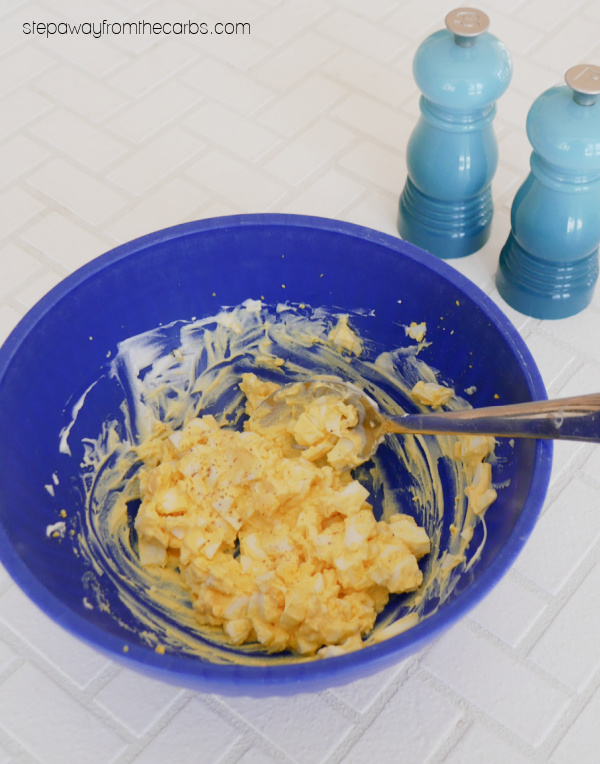 Spread some butter on each piece of bread. Slice some English cucumber into half moons, and arrange on the bread. 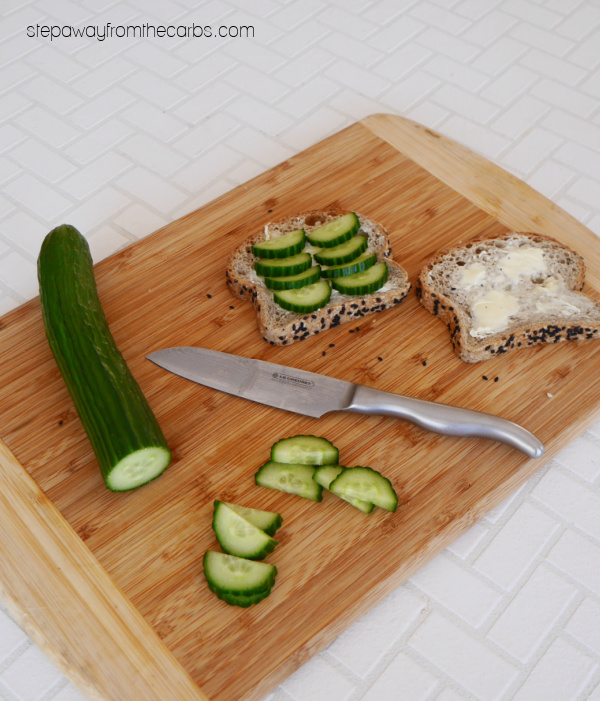 Spoon the egg salad over the cucumber, and give it an extra grind of black pepper.  Finally, finish with some pieces of pickled herring (you'll want the ones in vinegar and water rather than creamy) and a sprinkle of chopped fresh dill. 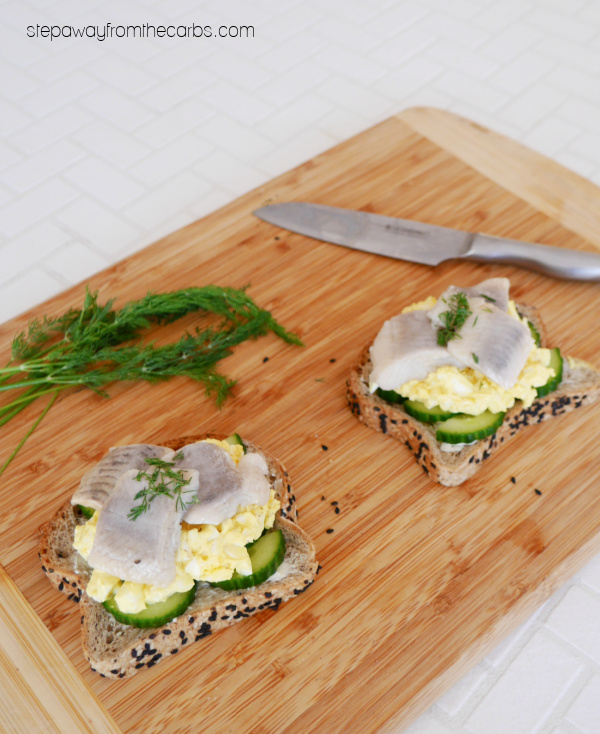 The layers are just awesome as you work through them. The vinegary and slightly sweet fish, the creamy egg, the crunchy cucumber and the hearty bread – it's a fantastic union of flavors and textures! 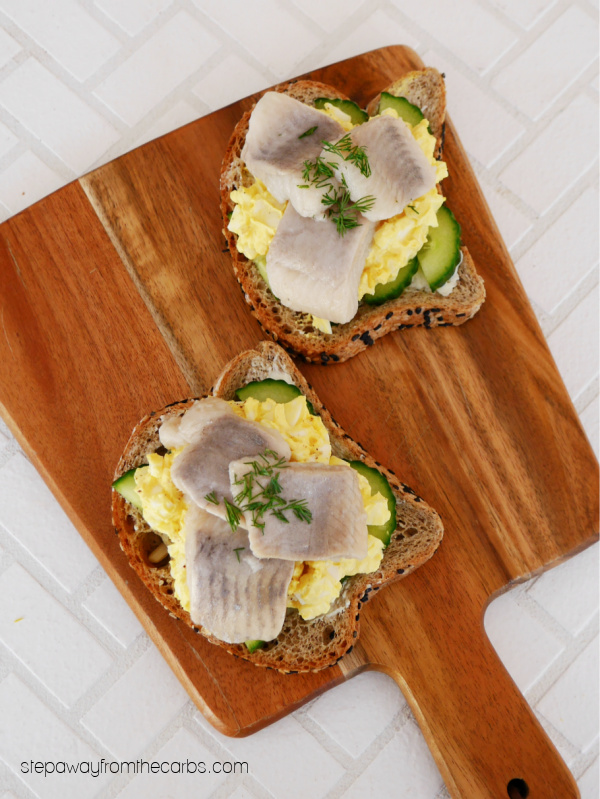 I have written the recipe as a single serve – but it would be very easy to increase it if you needed to feed more people! Or perhaps make mini ones and serve them as an appetizer! 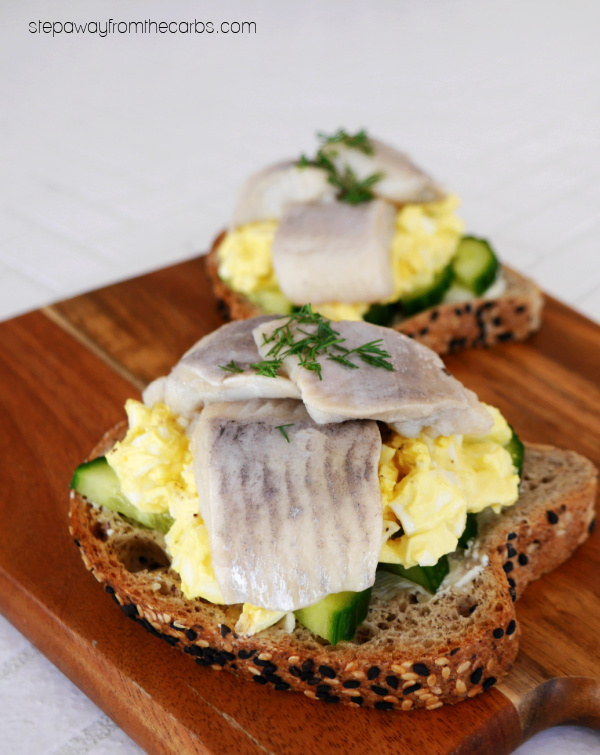