These five spice chicken drumsticks are marinated in the classic Chinese seasoning blend! A low carb and keto recipe to enjoy as an appetizer or snack! 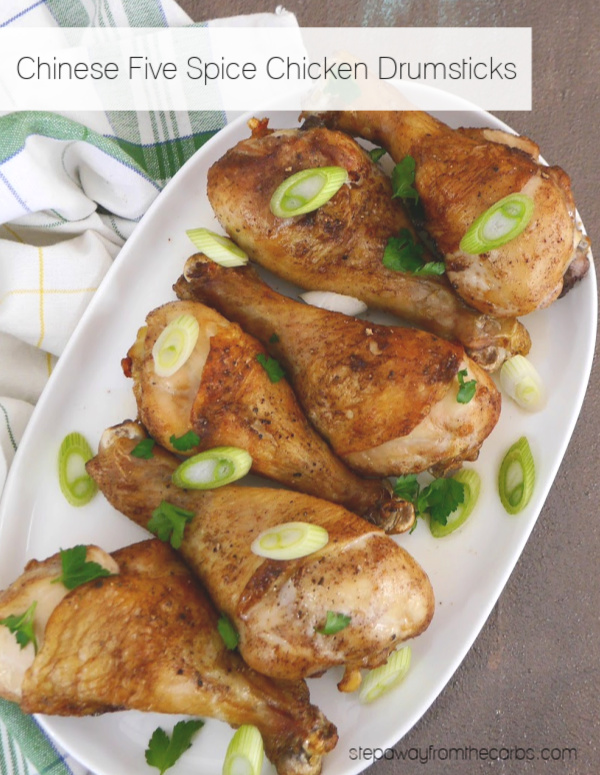 Chinese five spice powder is a combination of star anise, cloves, cinnamon, pepper, and fennel. I've used before in recipes like my whole roasted duck, crispy “seaweed” (made with kale!), and the delicious spicy salt and pepper shrimp.  The seasoning blend pairs perfectly with these tasty chicken drumsticks!

I've only cooked six drumsticks here, which you could serve as an appetizer, as a snack or at a party – but you'll need to at least double the recipe if you're serving them to a crowd!!

Mix together some oil, soy sauce (or tamari for gluten free), and five spice powder in a large bowl. Add the drumsticks and turn to coat well. 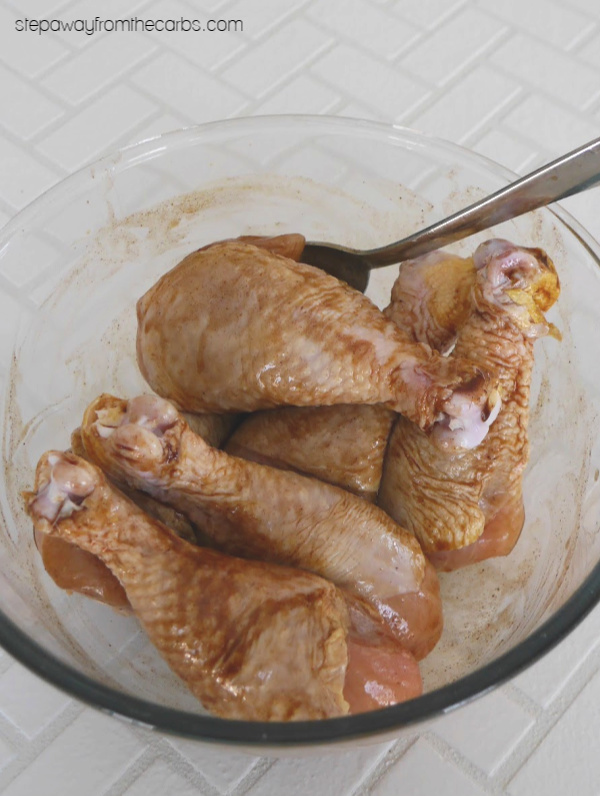 Cover and leave in the fridge to marinate for at least an hour. Actually, I did make these once and only gave them ten minutes marinating time. They weren't quite as good – but still pretty tasty!

Place the drumsticks on a baking sheet (I lined mine with a silicone mat for easy clean up but foil would also work), and season with salt and pepper. Discard any remaining marinade. 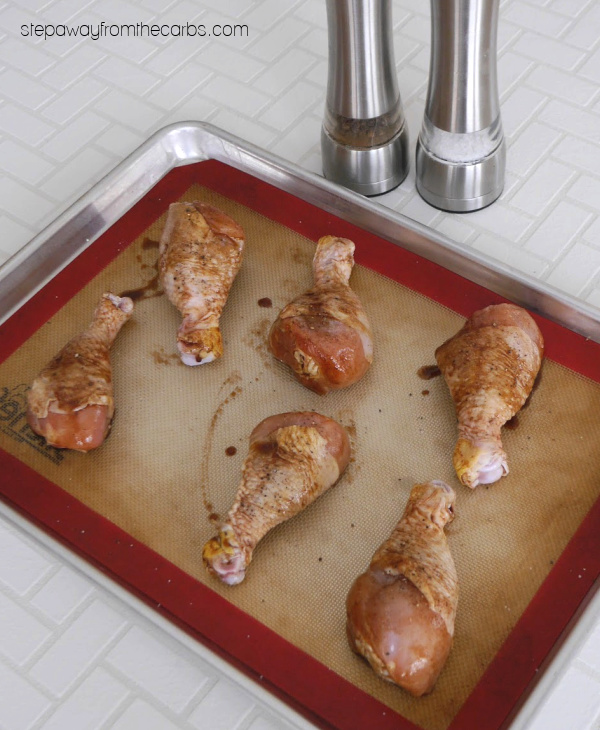 Roast in a preheated oven for 30 minutes or until fully cooked. They should reach an internal temperature of 165F to be safe – I recommend using a probe thermometer.

Let cool for a few minutes then transfer to a serving platter and garnish with cilantro and a sliced green onion. 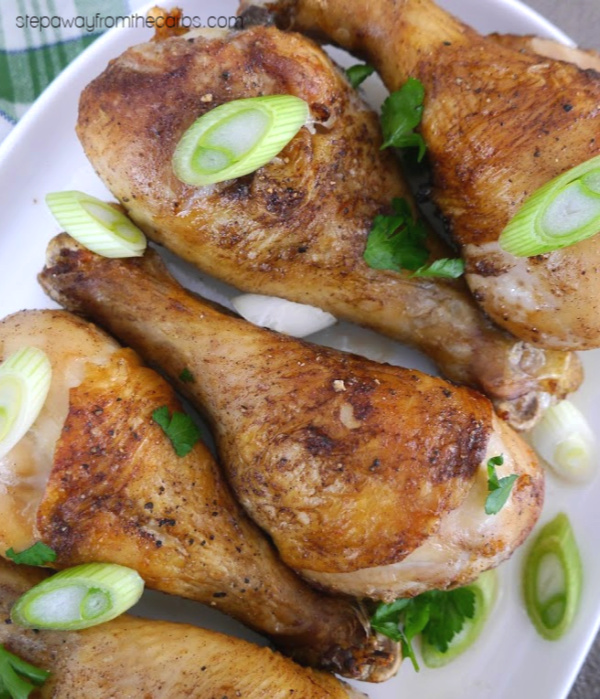 The chicken is very tender and has a super savory flavor, and has a strong flavor without actually being spicy. 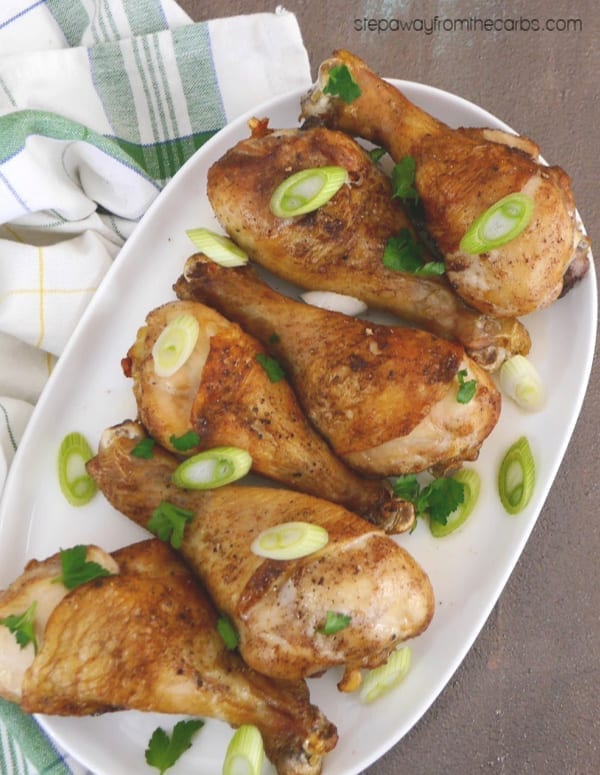 2g net carbs per serving (half the recipe)

I LOVED this though it took longer than 30 mins, more like 45 minutes for other pieces (I fixed 6 pieces allowing for leftovers)I Also, I sprayed a rack with olive oil & placed it on a foil lined sheet pan. Really easy & tasty! Thanks

Thanks for the feedback, I'm so glad that you liked it!