This low carb Caipirinha cocktail is made with Brazilian rum, and is sugar free and keto-friendly! 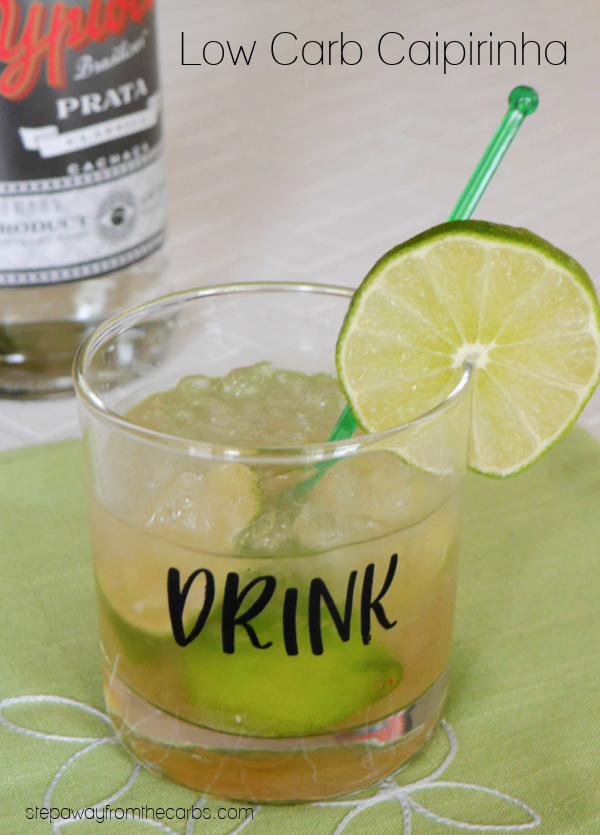 Have you ever tried a caipirinha cocktail?

What is a Caipirinha?

Caipirinha (pronounced “kai-pee-reen-ya”) is Brazil's national cocktail, made with cachaça, sugar and lime. Cachaça, also known as pinga, caninha, or any one of a multitude of traditional names, is Brazil's most common distilled alcoholic beverage.

Cachaça (pronounced “cachaza”) is a liquor made from fermented sugar cane juice and is fairly similar to rum. However, rum is usually made from molasses, a by-product from refineries that boil the cane juice to extract as much sugar crystal as possible, while cachaça is made from fresh sugarcane juice that is fermented and distilled (Source: Wikipedia). Like most spirits it is zero carb (despite its sugary origin) and the Caipirinha is the most well-known cocktail that uses this alcohol.

So, back to the other ingredients. Lime juice has a few carbohydrates but the real issue for low-carbers is the sugar, so you just need to substitute it with a granulated sweetener like Lakanto. Classic white Lakanto would be traditional, but I was first introduced to this drink using brown sugar, so I have used Lakanto Brown. Did you know that you can get 20% off everything in the Lakanto store when you use coupon code SAFTC ?

How to Make a Low Carb Caipirinha

Cut half a lime into quarters. 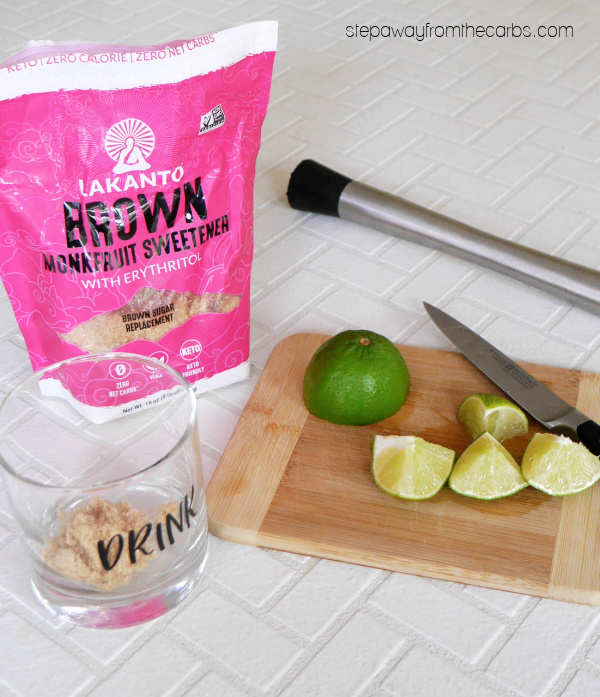 Place it in a thick-bottomed short glass with the sweetener and muddle the two together. 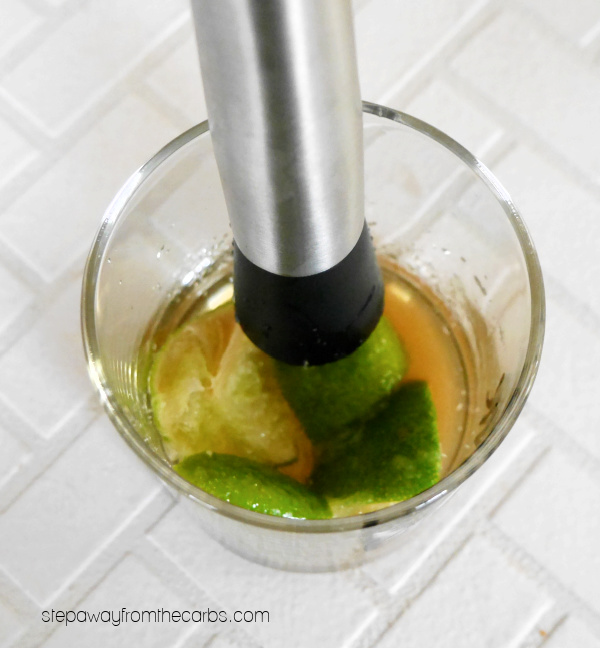 Add the cachaça and stir to mix.

Top up the glass with crushed ice, then add a wheel of lime to garnish. 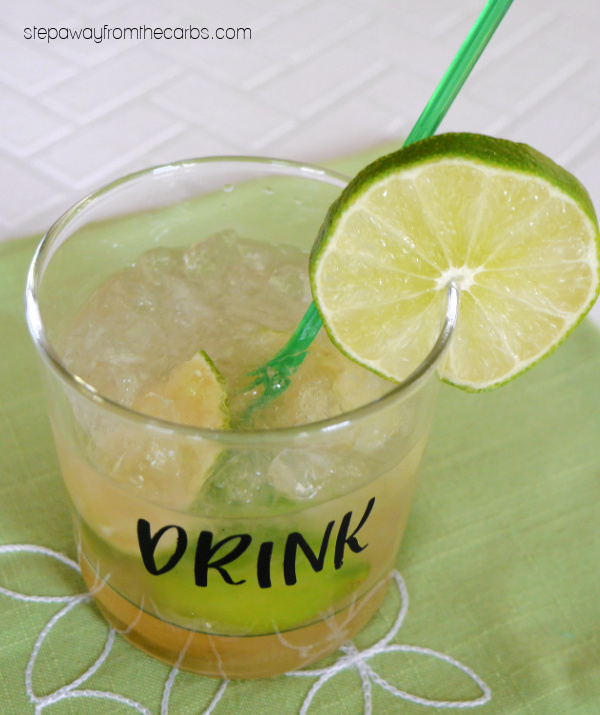 This recipe is featured in my list of low carb mixed drinks! Or check out all my low carb rum drinks!

Nutritional data is best estimate as only the juice of the lime is consumed.