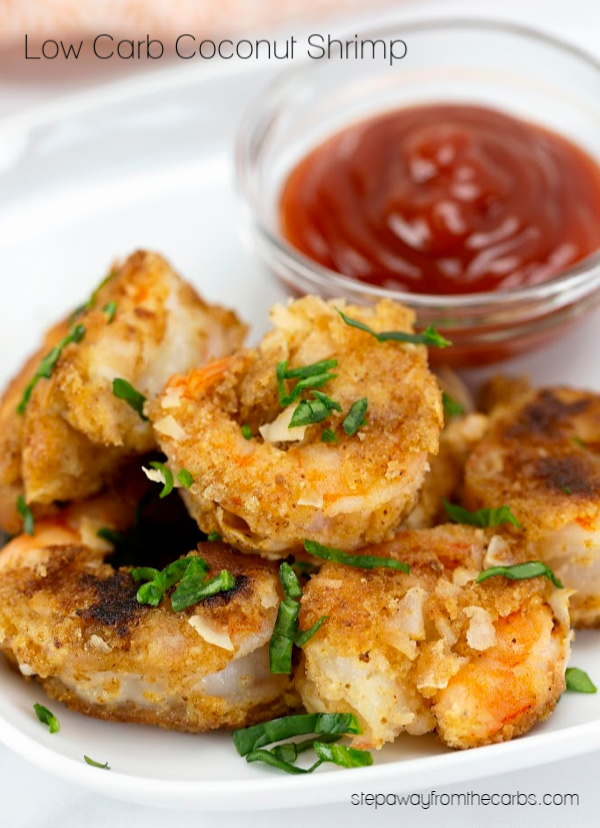 Coconut shrimp is a classic dish that is served an an appetizer, as a bar snack, on a party buffet table  – and more! It seems unclear whether they are Asian or American in origin – but either way – they are delicious crunchy bites that everyone will love.

Typical coatings for the shrimp are breadcrumbs, panko, and / or coconut flakes. I decided to make my own low carb “panko” for this recipe, by toasting a slice of low carb bread (I got mine from the Great Low Carb Baking Co), then running it through a food chopper (I used an attachment on my stick blender) to turn it into coarse breadcrumbs. Then I combined it with some coconut flakes to complete the coating. It worked SO well!

So here's a video showing you how to make this recipe – or you can scroll down for the full recipe and printable recipe card!

Prepare the first coating by combining coconut flour, paprika, salt and pepper in a bowl. Prepare the egg mixture by whisking one egg with a splash of water in a second bowl. And in a third bowl, combine the low carb “panko” as mentioned above and unsweetened coconut flakes. Prepare the shrimp by deveining and removing the shell, but leaving the tail on.

Continue until all the shrimp have been coated. 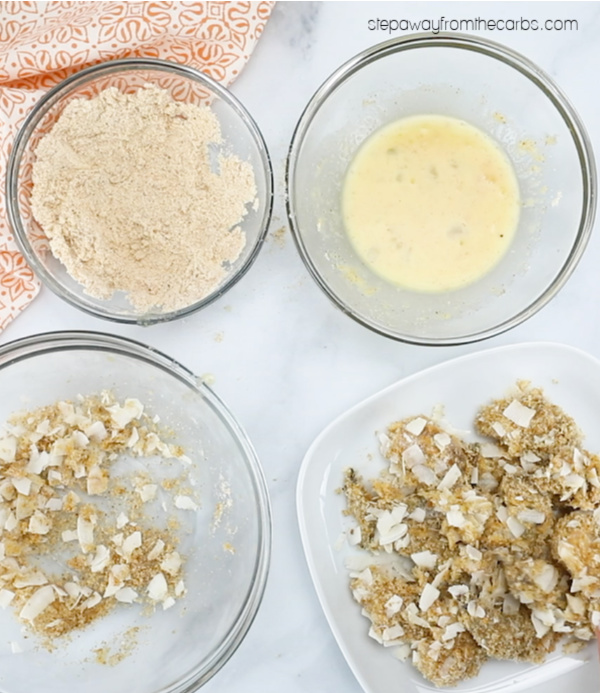 Heat some oil in a large skillet (you could use coconut oil for extra coconut factor!), then cook the shrimp. They'll need about two minutes on each side, but you might like to also stand them on their ends for an extra minute to ensure that the center is cooked through.

Serve with a dip of your choice – mine was a simple low carb ketchup (like Heinz Reduced Sugar Ketchup or G Hughes ketchup) that worked perfectly – but my Low Carb Thai Dipping Sauce would be equally as good! 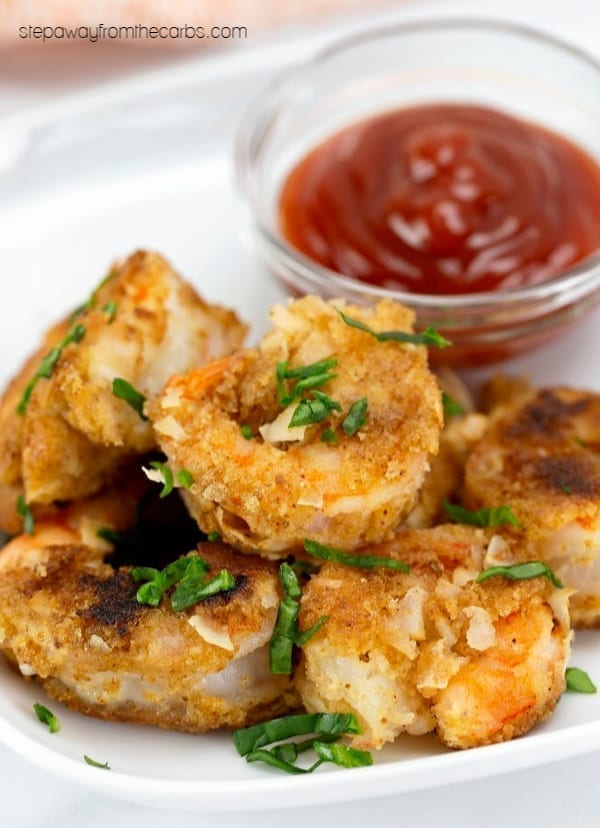 Check out all my keto shrimp recipes!

Nutritional data does not include ketchup /dip.

Are you looking for more recipe inspiration? Check out my giant list of low carb appetizers!

20 Keto Coconut Flour Recipes You Need to See - All Nutritious

[…] you enjoy crunchy coconut appetisers and are not a fan of chicken, then try low carb coconut shrimp.  It’s a classic appetiser and great served with a tomato or chilli […]