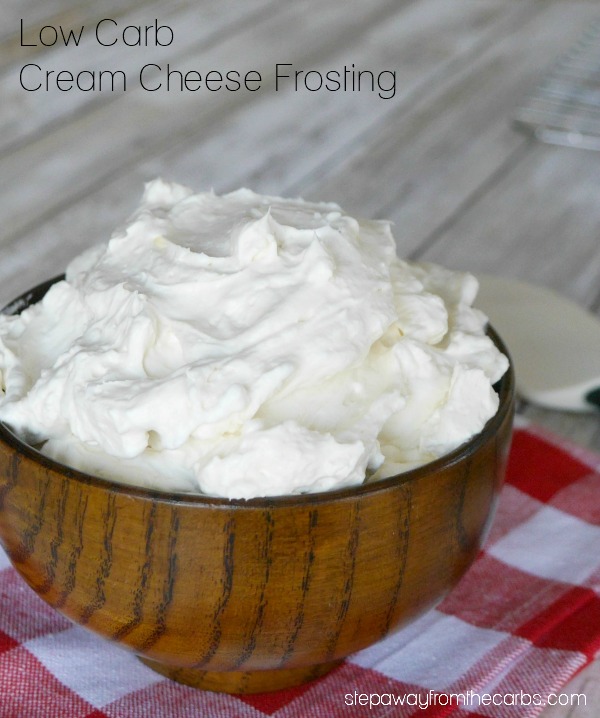 As you probably know, I don't do a whole lot of baking, but I am partial to some low carb cookies! So it occurred to me that I wanted to work on a recipe for some low carb frosting. I'd had an old one jotted down from nearly ten years ago which used cream cheese, Splenda, heavy cream, and vanilla. I decided it was time to update it – without the Splenda as I know that so many of you aren't a fan!

So here is an easy four ingredient recipe that I'm sure you'll use time and time again!

In a large bowl, beat softened cream cheese, confectioner's Swerve and vanilla extract until smooth. I use a hand mixer for this! 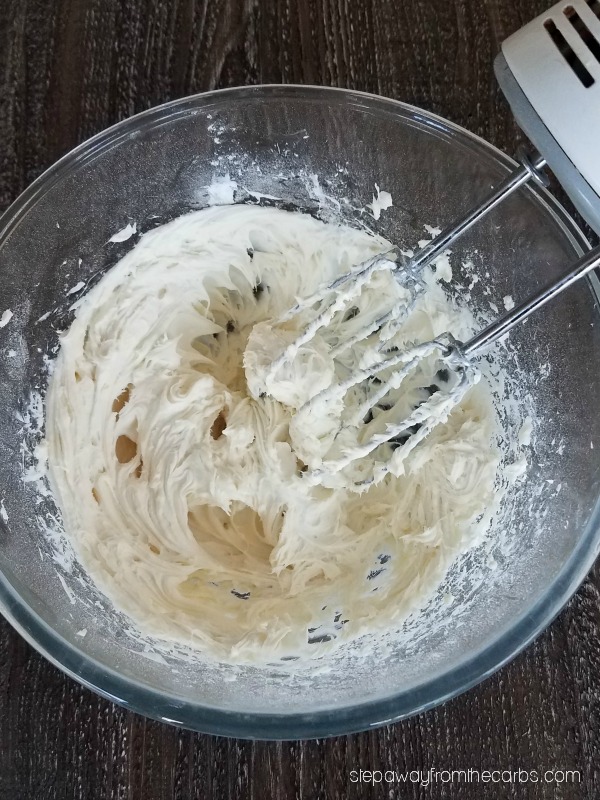 In a separate bowl (I use my stand mixer), whisk heavy cream until stiff peaks form. 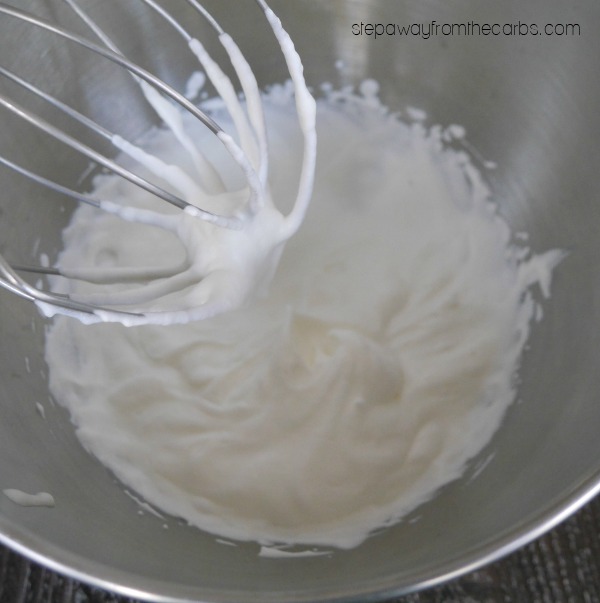 Add the cream cheese mixture to the cream, and slowly beat until smooth. 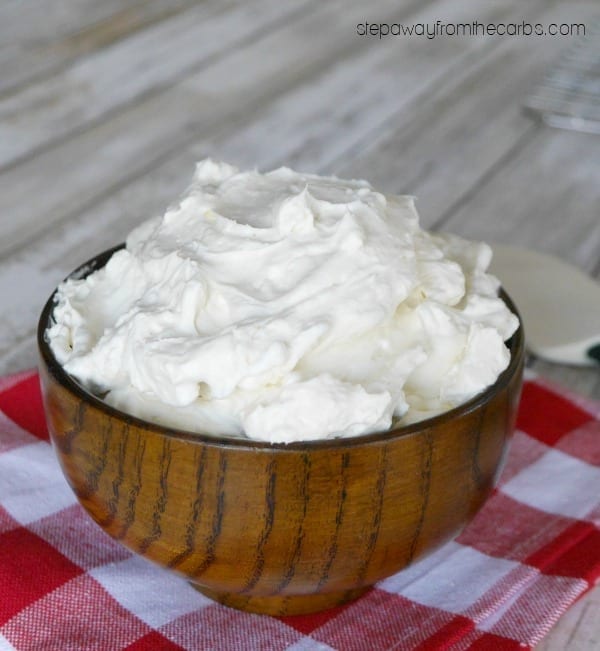 Keep in the fridge until ready to use. You can spread this low carb cream cheese frosting over cakes or cookies, or transfer it to a piping bag and decorate some cupcakes! 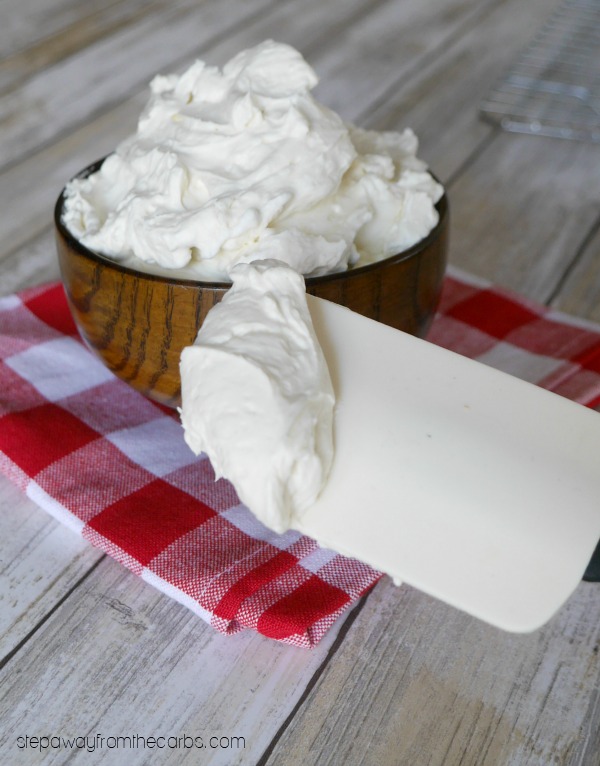 Shown below with a zero carb Chocolate Smartcake, available from Netrition! 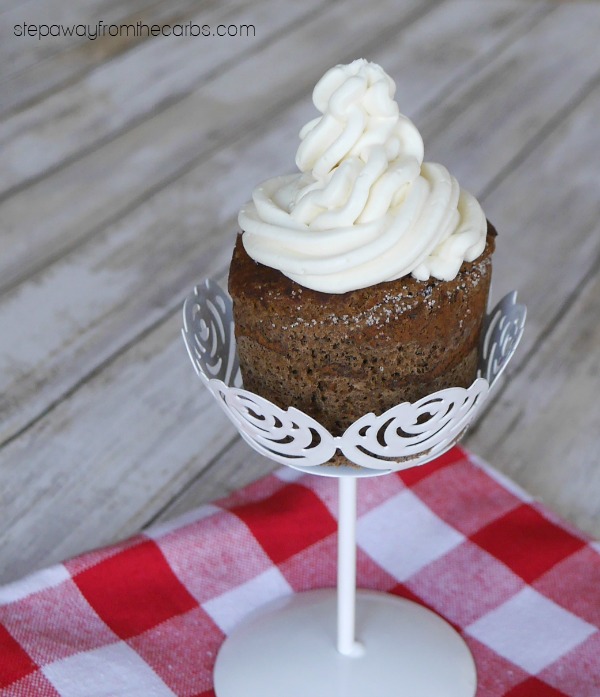