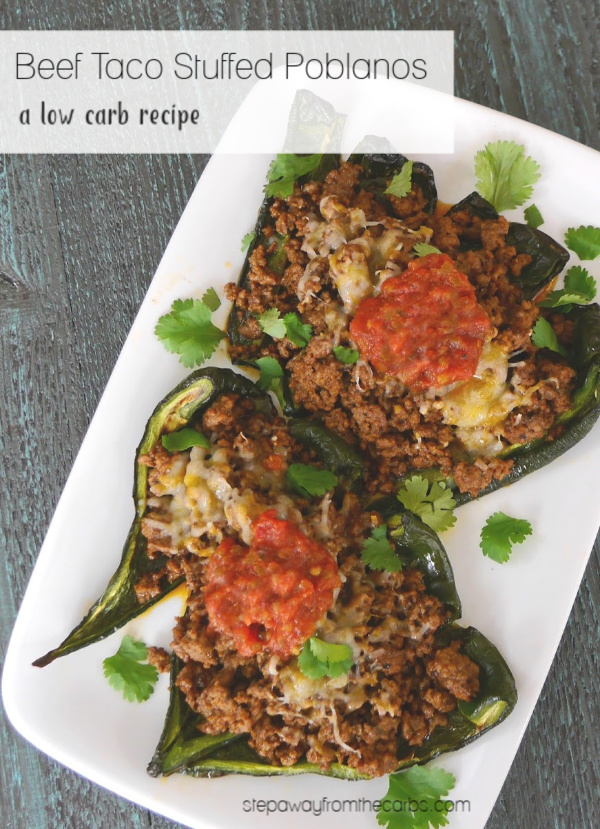 I love the flavor and heat level of poblano peppers – but for some reason I always forget to buy them! So far I've only used them in two other recipes on this blog: Spicy Watermelon and Jicama Salsa, and Spicy Stuffed Poblano Breakfast. This recipe is more like the latter recipe, but combined with the flavor profile of my Turkey Taco Skillet!

To prepare the poblanos, cut them open and remove the seeds and stem. Open them out flat, making cuts as necessary. It's a similar preparation to the one I used for my breakfast poblanos recipe. 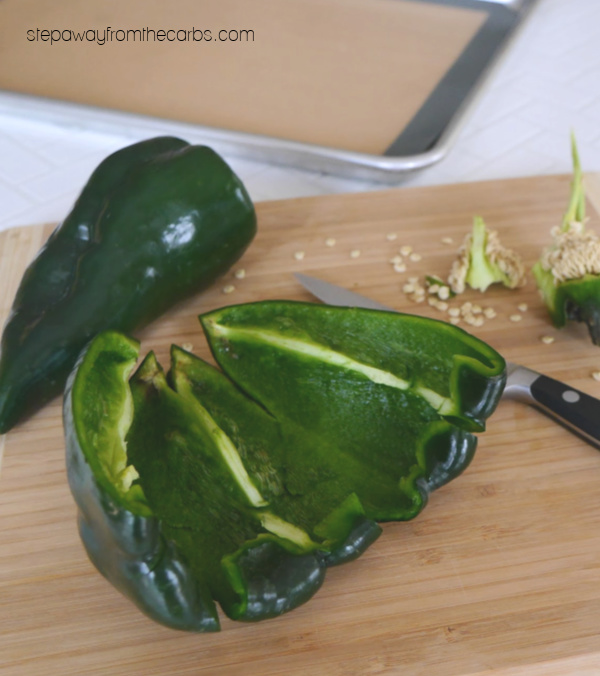 Place them on a baking sheet and spray with olive oil spray. Roast in a preheated oven for around 20 minutes.

Meanwhile, cook the ground beef by sautéing it in olive oil in a large skillet. Add onion powder, paprika, ground cumin, and dried oregano. This simple Mexican Seasoning Blend is one that I always have on hand – it's so convenient! These additions provide so much flavor that you probably won't need to add much salt or pepper – but of course you should do taste test and adjust accordingly. 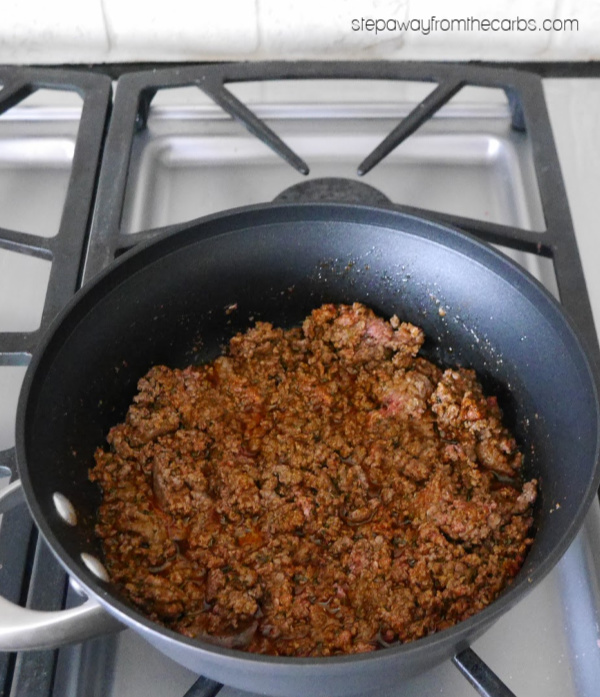 Remove the cooked poblanos from the oven, and divide the meat between them. Sprinkle on some shredded cheese (I used a Mexican blend). 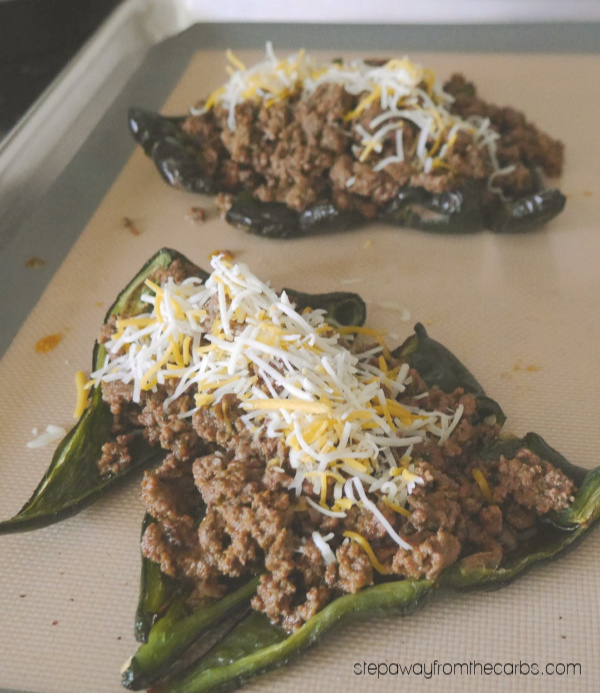 Return to the oven until the cheese has melted. Carefully transfer the poblanos to a serving plate, and garnish with slices of jalapeño, sour cream, cilantro leaves and/or low carb salsa!

I served this as a large lunch for two people, but it may be too much meat for some! You could divide it between three poblanos, or save the leftover meat to use in an omelet or quesadilla! Or how about divide each pepper into two, and have four appetizer-sized portions?!?

4.5g net carbs per serving, not including garnish options