This keto tequila sunrise is a refreshing low carb and sugar free alternative to the classic cocktail! 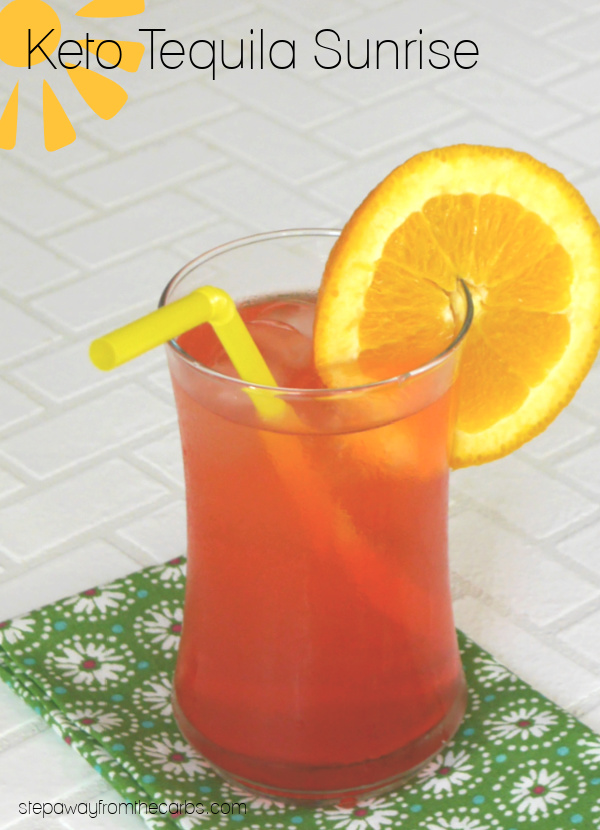 When I first posted my collection of low carb tequila drinks, I confessed that a recipe for tequila sunrise was very noticeable by its absence. So now I have corrected this! So let's look at why it's so tricky. Here's the outline of this classic cocktail:

3 parts Tequila
6 parts Orange juice
1 part Grenadine syrup
Pour the tequila and orange juice into glass over ice. Add the grenadine, which will sink to the bottom. Stir gently to create the sunrise effect.”

Soooo the tequila is OK, the juice and syrup is an issue. But like when making a keto Mai Tai or my low carb white wine sangria, there ARE options to replace these fruity ingredients. First of all, the orange juice. I didn't want anything sparkling, so here are some options:

In the end I went with the last option – specifically Vitamin Water Zero in “Rise” flavor. These drinks are SO refreshing, but make sure you get the Zero version as the packaging is very similar to the high sugar versions.

Next, the grenadine – which is basically a pomegranate syrup. Because of the high sugar content, one tablespoon contains a whopping 13.4g net carbs! So I came up with a combination of homemade simple syrup, pomegranate concentrate, and red food dye. Obviously if you have already made the simple syrup then it's a lot quicker, but I have provided the details in the recipe card in case you're only make this cocktail. Oh, and you can buy grenadine flavoring, which combines the pomegranate with the food dye, but it wasn't available when I came to make this recipe!

So let's (finally!) get to the recipe!

How to Make a Keto Tequila Sunrise

Make the low carb grenadine syrup by adding water and sweetener (I use Lakanto) to a small saucepan. Bring to the boil and cook until the sweetener has dissolved and the mixture has reduced by half. Let cool fully. Mix in some pomegranate concentrate and red food dye.  Set aside. 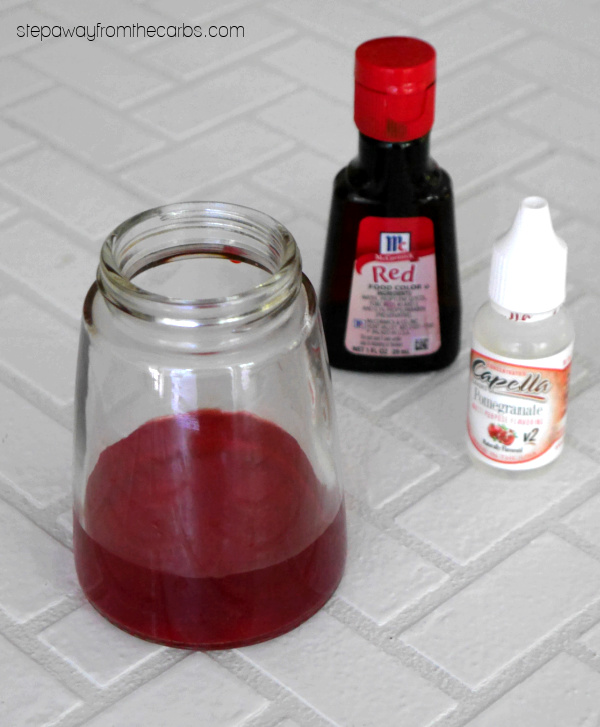 Fill four tall glasses with ice and add some tequila and the orange flavored water to each one. Stir to combine. 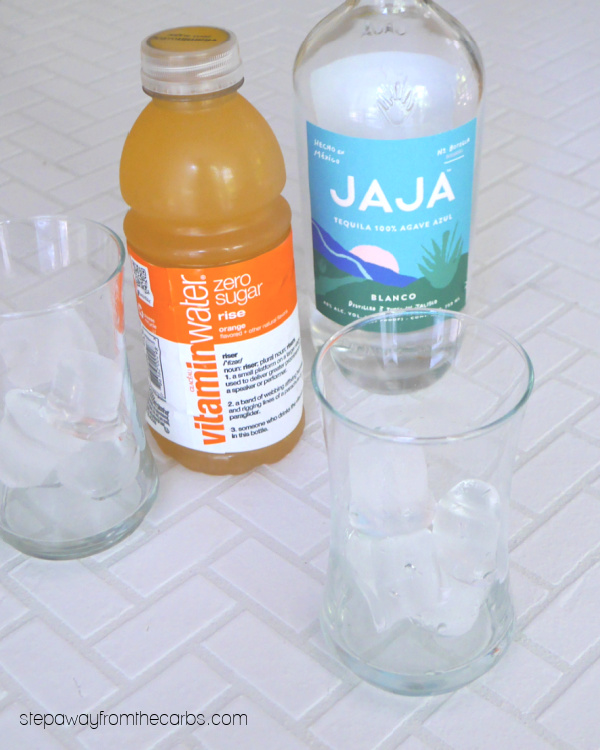 Slowly add a tablespoon of grenadine syrup to each glass. It will sink to the bottom, so that the top of the drink remains lighter and has a more orange hue. 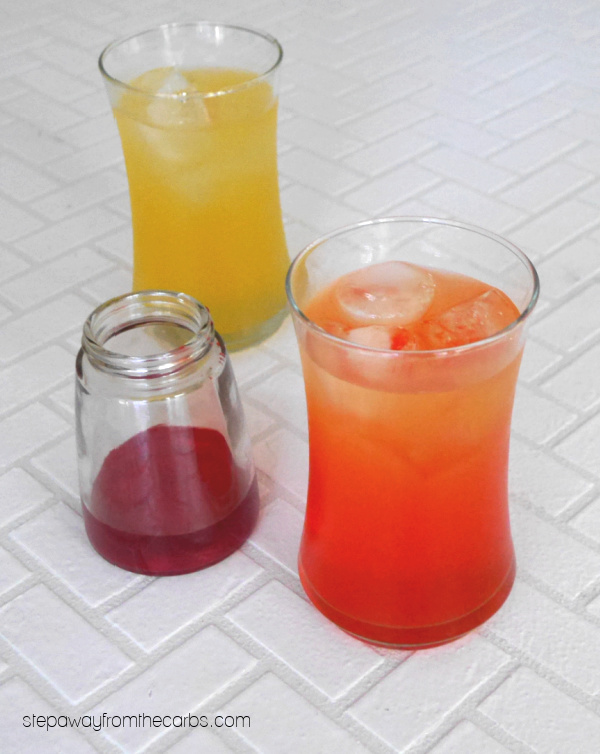 Shown here with a slice of orange. I wouldn't normally suggest fresh orange to anyone on a keto diet, but if you eat it, it adds just 2g net carbs to the cocktail. The choice is yours! 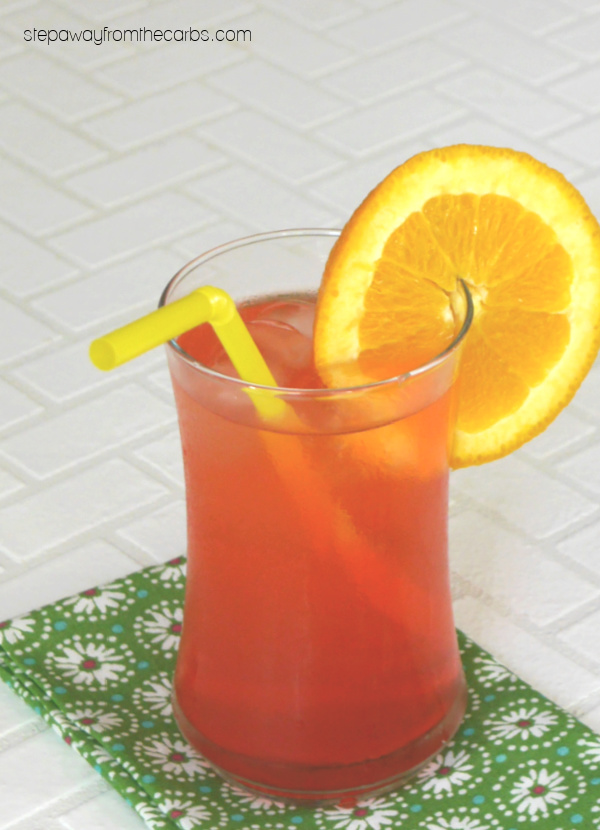 This version is a lot lighter than the original, because of course it uses a water-based drink as the main ingredient, rather than orange juice. But all the flavors are there, for a fraction of the carbs – only 1g net carb per drink!

1g net carb per drink, not including the orange slice (an extra 2g net carbs if consumed)