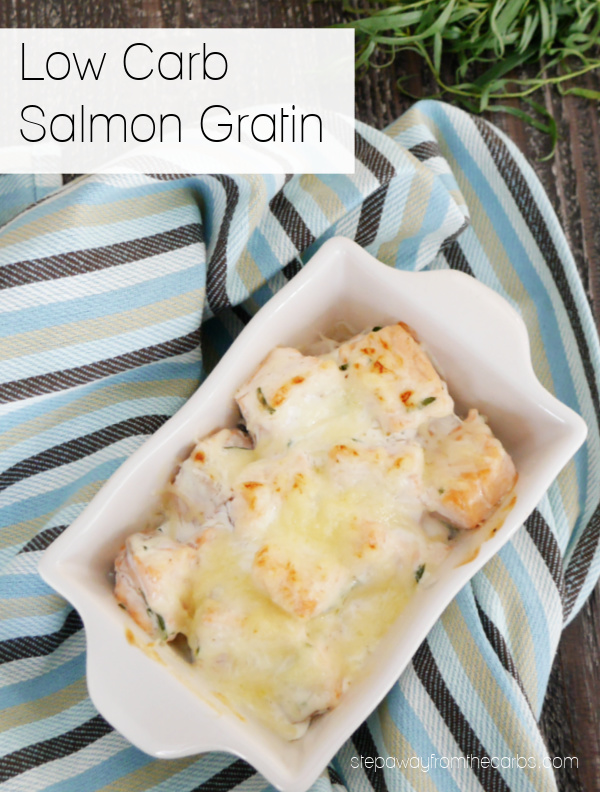 So this is the fifth gratin recipe on the site! If you're “Au” such a gratin fan (geddit?!?!) – check out the others: Asparagus Gratin, Oyster Gratin (oh yes!), Fennel Gratin and Spaghetti Squash Gratin. They're all quite different, and this salmon gratin is definitely worth trying. Yes, it's high in fat, but it's very filling and low in carbs (of course)! It's creamier than my other gratins, and the combination of the light cooked salmon, the aniseedy tarragon and that cream – not to mention the crunchy cheese topping – all come together for a hugely satisfying dish.

In this recipe, the salmon is actually cooked twice – both indirectly. It first gets a citrus bath (much like a ceviche), and then is broiled under a layer of cheese. The result is super soft salmon that just melts in the mouth. This dish was a big hit with my husband – and I know you're going to love it, too!

To prepare the fish, remove skin (if any) and cut the salmon portions into cubes. 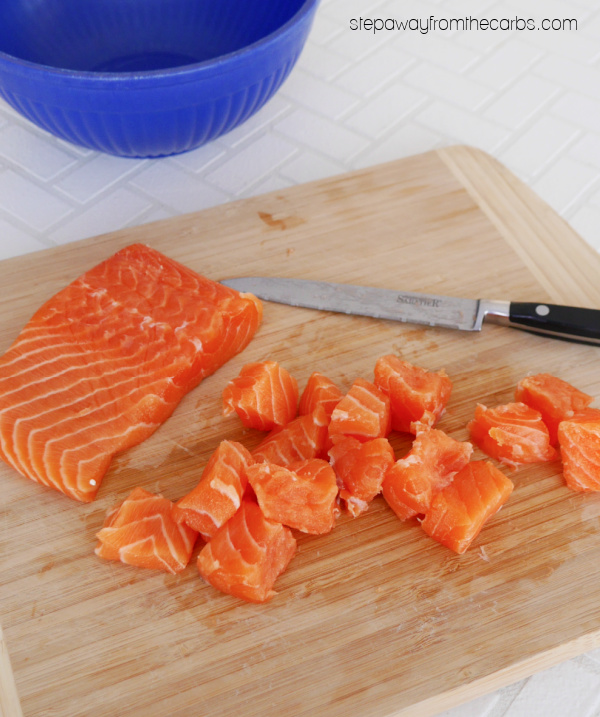 Place it in a bowl and add fresh lemon juice. 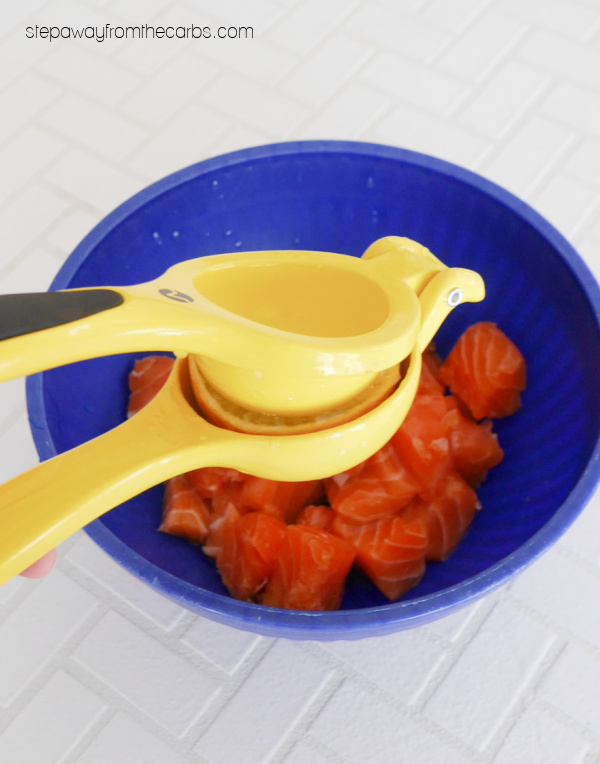 Stir, then cover and leave for 10 minutes, stirring after 5 minutes. Meanwhile, finely chop a large shallot. 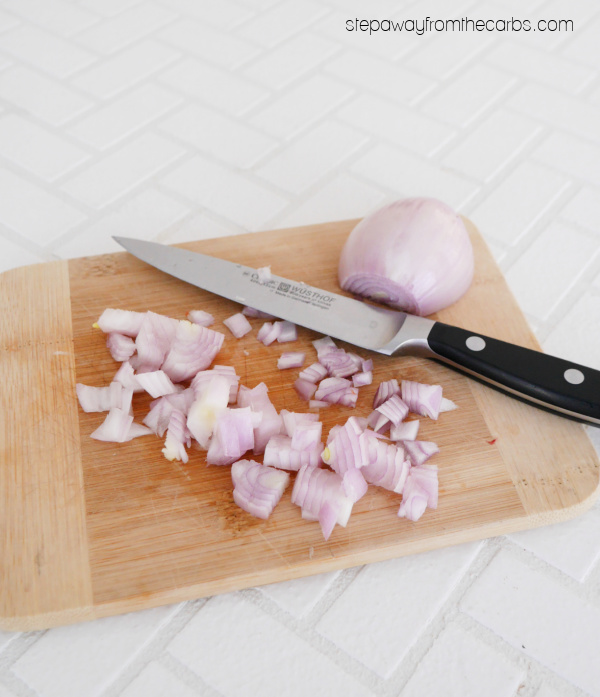 Add some olive oil to a small skillet and place over a medium heat. Add the shallot and some garlic, and cook until the onion is tender. 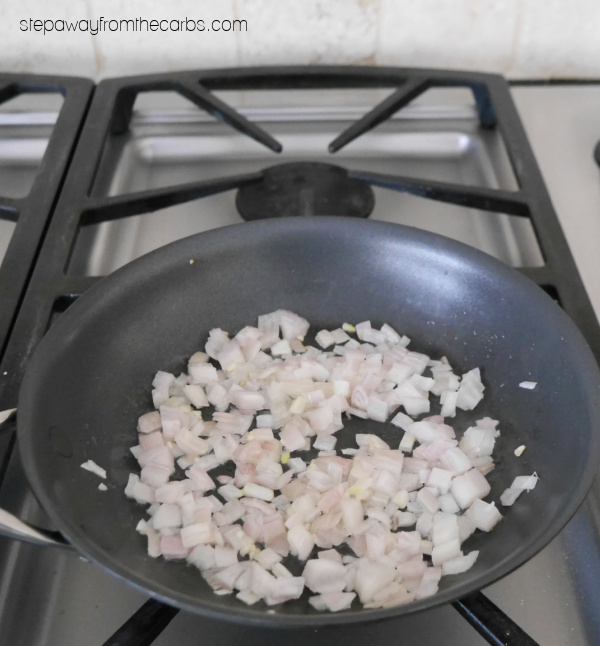 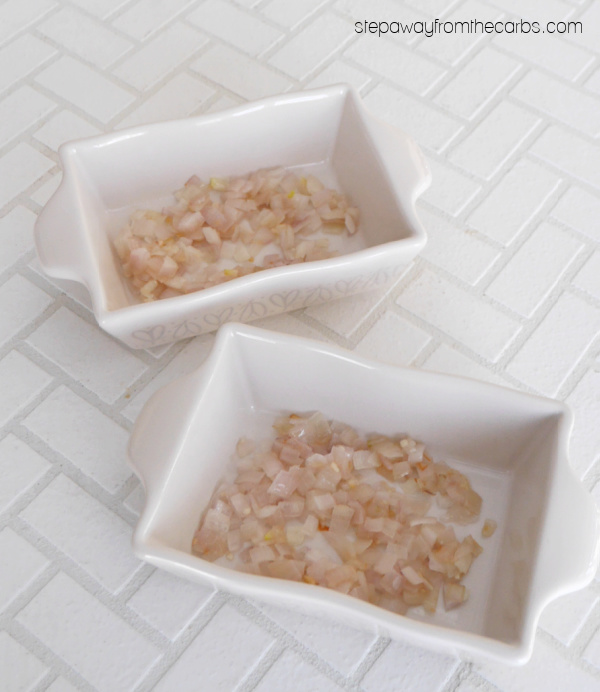 Drain (and discard) the juice from the salmon, and add heavy cream, chopped fresh tarragon, salt and pepper. 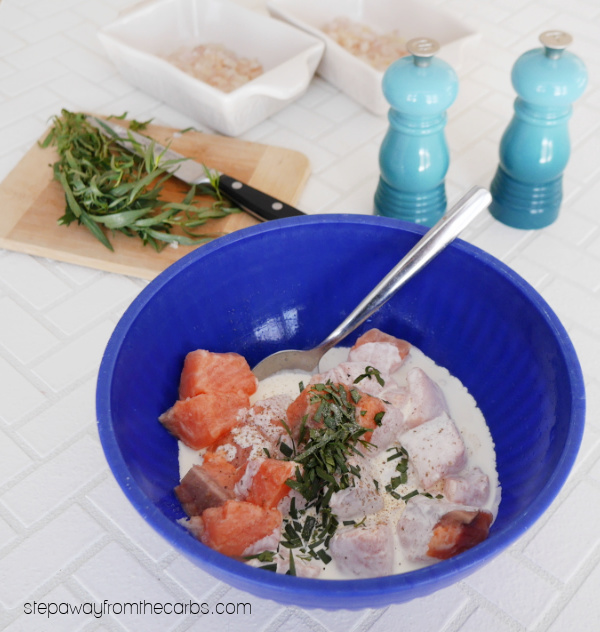 Stir well, then spoon the mixture on top of the onion. Finally, sprinkle some shredded Swiss cheese over each dish. 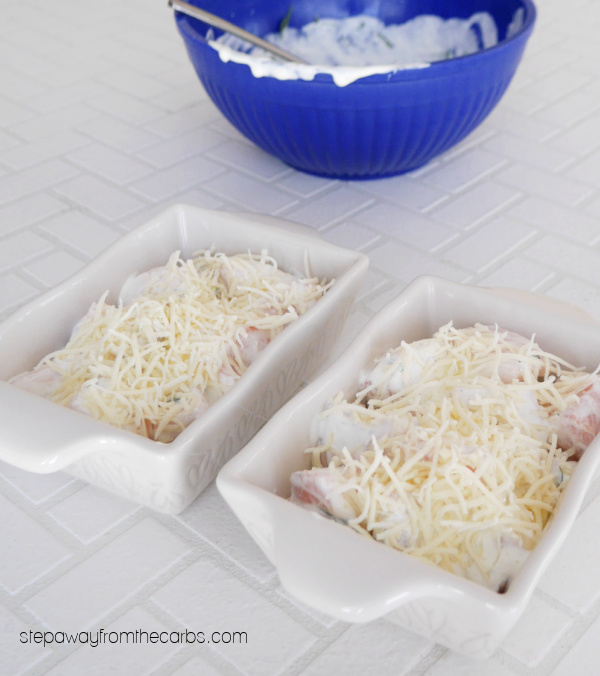 Place under a preheated broiler until the cheese has melted and has turned golden brown. I recommend placing the dishes one rack lower than you might usually – you want the salmon to warm through before the cheese burns! 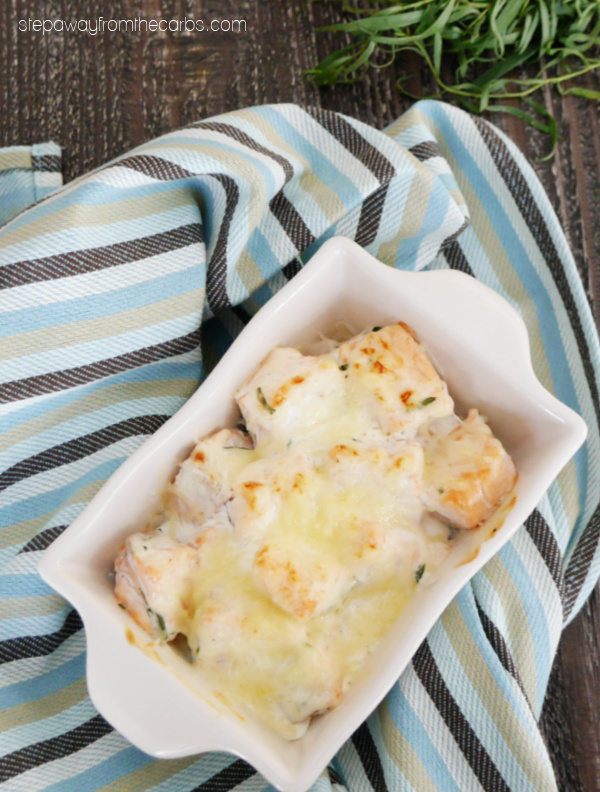 Serve with a salad or side dish of your choice! 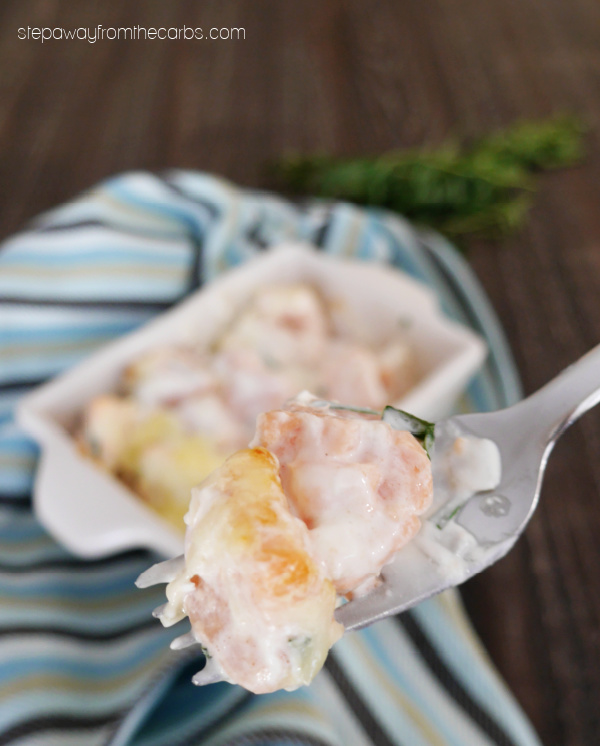 5.5g net carbs per serving (half the whole recipe)

Nutritional data does not include lemon juice as it is mostly discarded.

Made this for supper tonight. Really good!! I di