This low carb white sauce is super easy to make and is the perfect accompaniment to many meat, fish, and vegetable dishes. A keto, gluten free, and LCHF recipe with video tutorial! 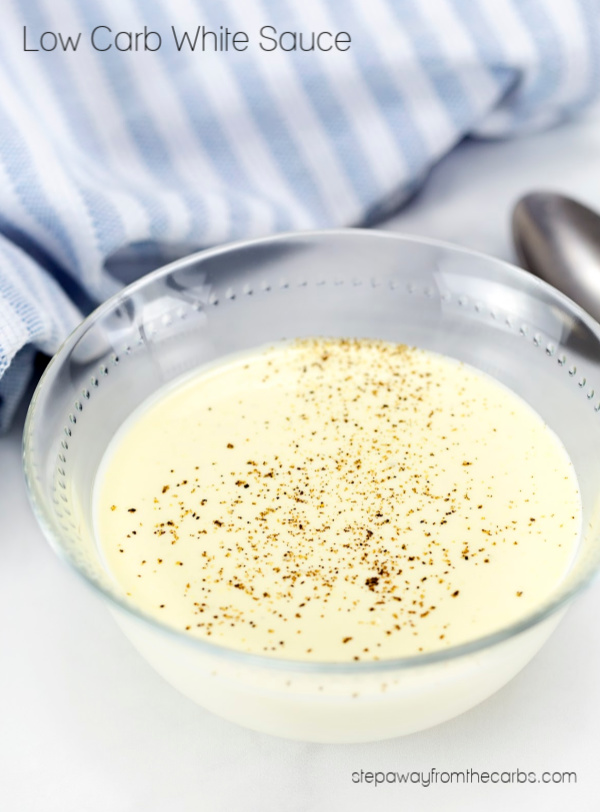 White sauce, or Bechamel – as it is also known, is a classic recipe made from butter, milk and flour. This low carb version is not authentic in the slightest – but it is a great substitute! It has a great mouthfeel and only includes “real” ingredients! No thickeners or anything artificial.

Check out all my low carb sauces!

I've made a video tutorial to show you just how simple this keto bechamel sauce is to make – so watch this or scroll down for the full instructions and printable recipe card.

Heat over a low heat until the cream cheese has melted. Place an egg yolk into a small bowl and temper it by adding a small spoonful of the cream mixture into the bowl and mixing well.

Then add the egg yolk mixture into the saucepan. Keep cooking for a few minutes until the sauce has thickened, stirring constantly. Add salt and pepper to taste, if you think it needs it! 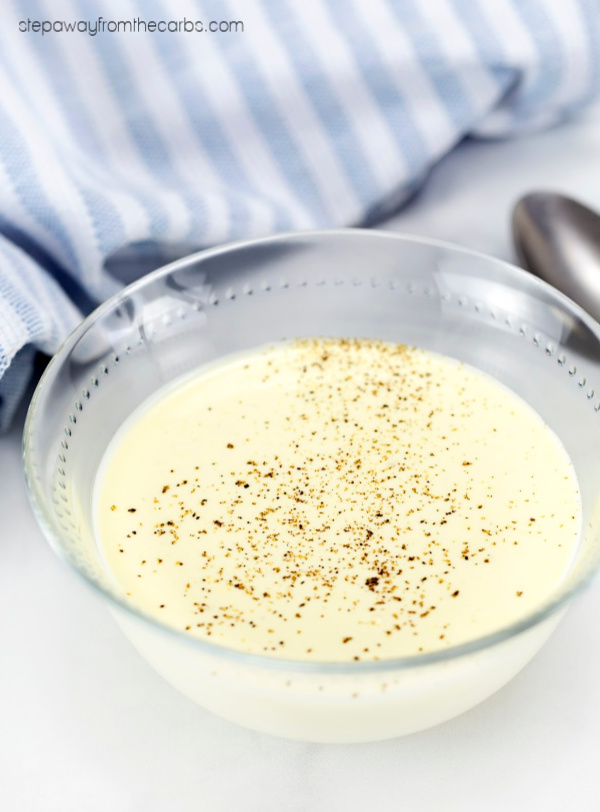 This keto white sauce is one of the key elements of my Low Carb Lasagna! 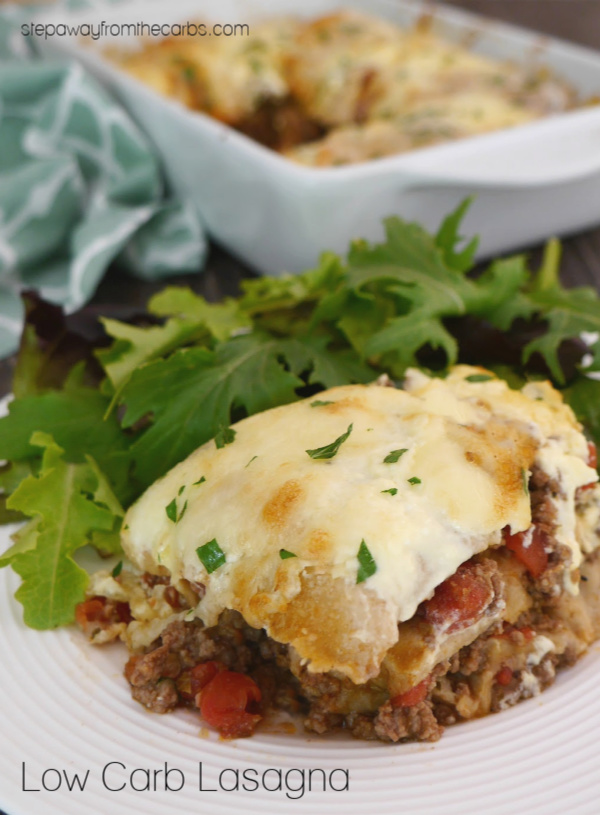 It could also be used in place of the sauce for my Low Carb Moussaka, or simply poured over meat, fish or vegetables. I particular love it with leeks as a special treat – as part of the onion family, leeks aren't super low in carbs, but aren't high for a vegetable either. This sauce complements them perfectly!

Just *don't* be tempted to eat this low carb white sauce by the spoonful – otherwise you might find you have to make another batch – it's that good! 🙂

I see a lot of low carb recipes that use heavy whipping cream as an ingredient, and this scares me a bit because I think calories do still count also and heavy cream is sky high in calories, although I guess if you use a small amount it wouldn't hurt all that much.

White sauce is fabulous. Will make this every time now when I need white sauce. So easy and no fuss. The Naan bread appeals too so will give that a go and the zabablione makes a change from egg custard. Thank you and I wish you well.

Can you make it ahead of time then reheat?

I haven't tried it on its own, but when I make it and then add it to a low carb lasagna which then gets baked, it all holds together just fine!

I used this as a base for my Gruyère and Parmesan cheese sauce to put over cauliflower. So very good. Thank you. So many keto sauces have a strong cream cheese flavor and this does not.

Oooh I like the idea of adding cheese and then pouring over cauliflower. Yum!!