This egg and bacon quesadilla includes the classic low carb breakfast combination – with a twist! 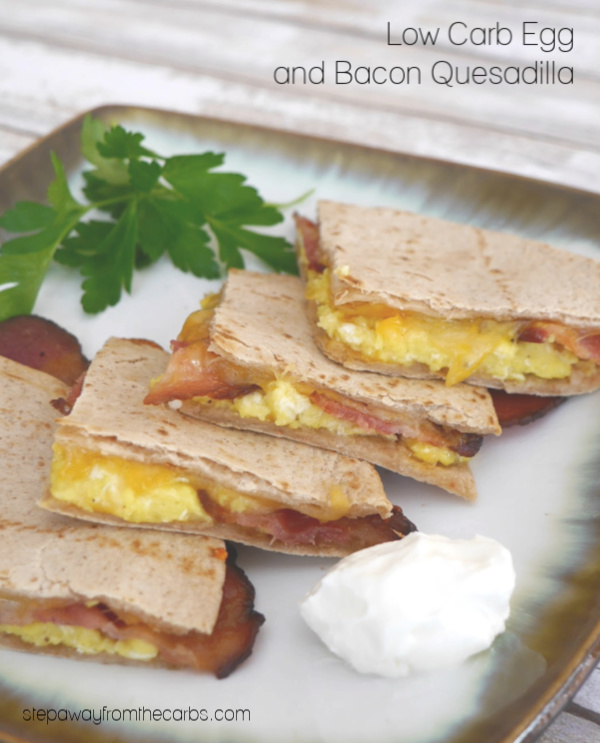 Egg and Bacon? Yes. Definitely. Egg and Bacon Quesadilla – say what? Or perhaps your reaction is why? I'm not absolutely certain that there is a why – the idea just popped into my head and I thought I'd try it!

I made this quesadilla just for me but it would be easy to make in larger quantities. I used:

How to Make a Low Carb Egg and Bacon Quesadilla 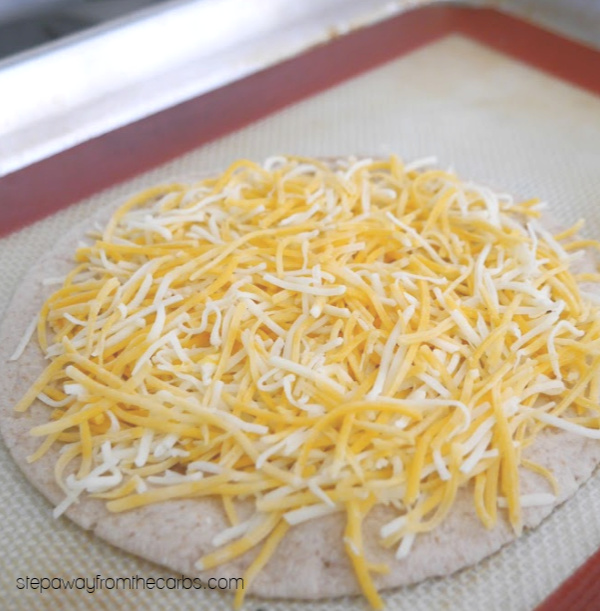 Meanwhile I quickly scrambled the egg in a small saucepan. One egg scrambles REALLY fast!! Once the cheese had melted, I laid the bacon over the cheese, then spread the cooked egg over the top and a little extra cheese to act as “glue”. 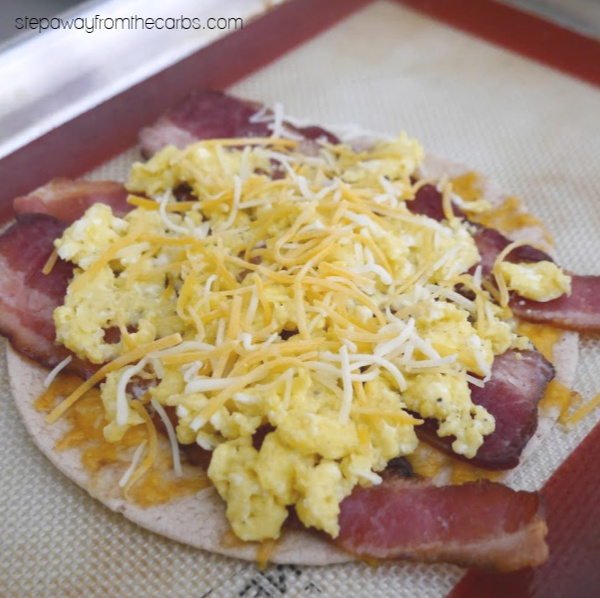 Finally, I topped it all with the remaining tortilla, and placed it back under the heat until crispy. Then I flipped it over and cooked the other side.

I cut it into quarters and served the egg and bacon quesadilla with a little sour cream. 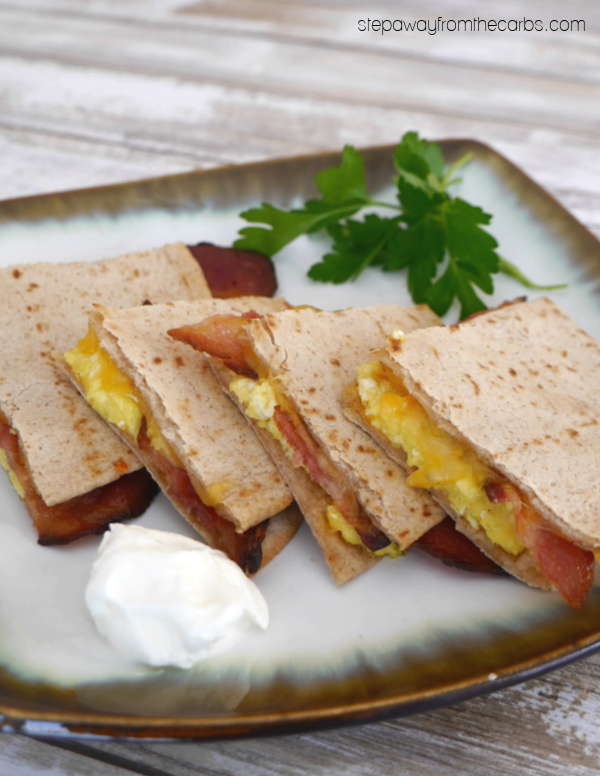 The combination of flavors and textures was rather fantastic – and it was probably the most filling quesadilla I've ever had!! 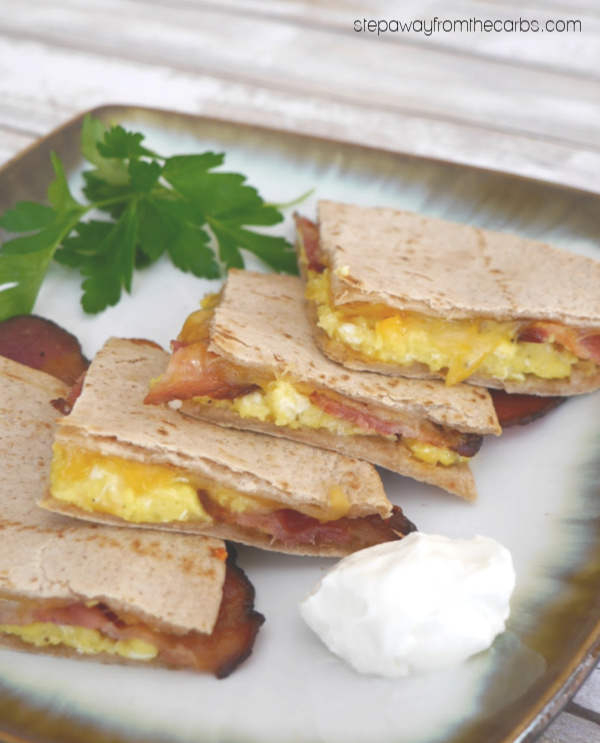 8g net carbs per serving based on using tortillas with 3g net carbs each.